This site uses cookies to provide you with the best onsite experience. Read our privacy policy to learn more.
Accept
Home > Things to Do > Food and Drink > Breweries > 6 Great IPAs at Wisconsin Craft Breweries 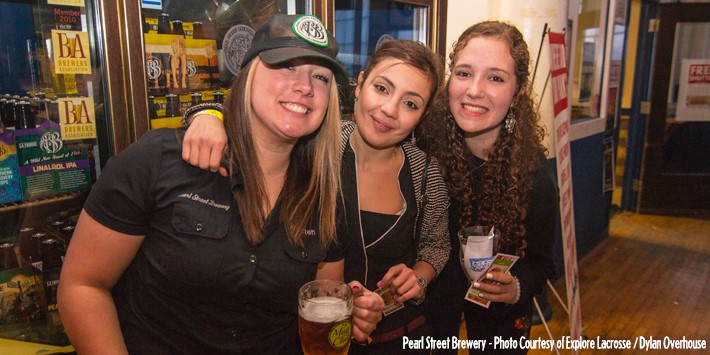 If you’re a craft beer lover, chances are you enjoy a good India Pale Ale. In fact, it was the American craft brewing boom that revived the popularity of the IPA, making it one of the most common craft beers now sold.

IPAs are known for their distinctively hoppy and bitter flavors that are often accompanied by citrus or floral undertones. Thanks to Wisconsin’s impressive number of excellent craft breweries, we have no shortage of top notch IPAs on tap and sold around the state. Check out some of the best!

This Imperial Double IPA is special for so many reasons. Rich in both flavor and bitterness, the Scream IIPA boasts an impressive 9% ABV and 85 IBUs (International Bittering Units), and has been voted by BeerAdvocate as one of the top beers in the state. If you like complex, strong beers, then this beauty will not disappoint.

This IPA from O’so is worth making the trip out to the brewery’s taproom in Plover to enjoy. At 7% ABV and 95 IBUs, Hop Whoopin is pleasantly bitter without being overly sweet and has a well-balanced malt flavor to complement the hops. If you’re visiting the O’so taproom, this is a great beer to start your night with before exploring the rest of their unique and ever-changing menu.

This unique double IPA was born in the Northwoods town of Pembine, Wisconsin. If pine is your thing then this is the beer for you, because drinking it is like taking a deep swig of a particularly bitter Christmas tree. The Sproose Juice is brewed with locally harvested spruce tips and uses alpha hops that help the beer achieve its 106 IBUs. Today Black Husky operates in Milwaukee’s Riverwest area, so stop by the tap room and sample this along with their other unique beers.

If you enjoy a less bitter, but more fragrant IPA, then Linalool might just become your new favorite beer. This one-of-a-kind beer from La Crosse’s Pearl Street Brewery prominently features Northern Discovery Hops, a recently discovered variety of Wisconsin hops. Currently, Pearl Street is the only brewery with rights to brew with these unique hops.

What makes Northern Discovery Hops so special? They provide two and half times more Linalool, the aromatic component of hops, than any other commercially available variety. Look for notes of lilac, pear and apple when enjoying this beer’s pleasant 60 IBUs and relatively light 6.8% ABV.

Martian Sunrise from Madison’s Karben4 brewing company succeeds in the key category where much of the competition falters – malt balance. Red IPAs have the tough task of bringing out both the rich, caramelly malt flavors of amber beers while still delivering a strong, citrusy hop flavor. The enigma that is Martian Sunrise comes to the life in the space between these flavors.

Featuring a mild bitterness, strong caramel bread flavors, and a crisp grapefruit finish, this beer is worth tracking down during its spring release. If these flavor combinations aren’t quite what you’re looking for, Karben4’s Fantasy Factory is an excellent, traditional American IPA.

First of all, if you haven’t made a trip out to the Brewing Projekt in Eau Claire, stop what you’re doing and head there now. This relatively new Eau Claire Brewery is producing some of the most unique beers in the state and their taproom is well worth the road trip. The crisp and refreshing Gunpowder IPA gets a nod in this article thanks to the addition of Gunpowder Green Tea to the brewing process. The final product has excellent citrus notes, a hint of green tea and mildly pine-like bitterness that is a joy to imbibe.

The tasting continues with a tour of Wisconsin’s craft breweries, and for more, check out our entire brewery directory!