This site uses cookies to provide you with the best onsite experience. Read our privacy policy to learn more.
Accept
Home > Things to Do > Food and Drink > Breweries > 6 Historic Wisconsin Breweries 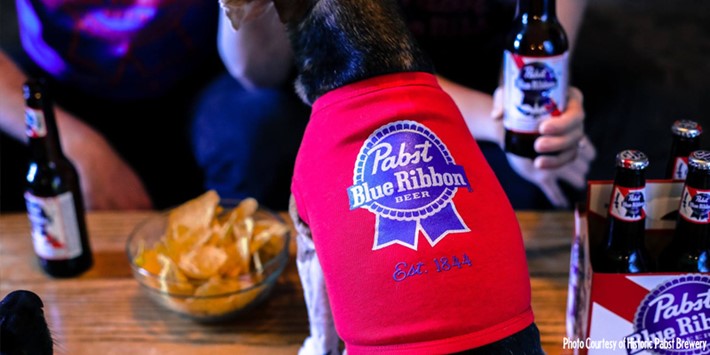 By Mark Crawford
Special to TravelWisconsin.com

Sure, you can just have a beer—or you can have a beer in a historic brewery. Sip a brew surrounded by brick or stone walls, high tin ceilings, one-hundred-year-old bar tops and time-worn artifacts and photos. They often are located in restored sections of town, where there are shops, galleries and restaurants to explore. Many historic breweries have tours and tasting rooms. Below are six historic breweries in Wisconsin where, with a little imagination, you can almost step back in time.

Nestled along the Mississippi River, this brewery in Potosi was founded in 1852. It was a boisterous gathering spot for English, German and Irish settlers who worked in the surrounding lead mines. Reopened in 2008 after a $7.5 million restoration, the brewery now houses the National Brewery Museum and Great River Road Interpretive Center. As for the beer, try the Snake Hollow IPA, named for the rattlesnakes that once flourished in the area.

Founded in 1867, the Jacob Leinenkugel Brewing Company has been in the Leinenkugel family for six generations. It continues to brew the same family-inspired recipes the founder brought with him from Germany over a century ago. A seasonal favorite is the Summer Shandy, a traditional weiss beer with a lemon essence that makes it the perfect summer beer. Take some time to explore Chippewa Falls, including the River Bend Vineyard and Winery and Egg Palace Antiques.

German immigrant Frederick John Miller first leased the Plank Road Brewery in Milwaukee in 1855. Later renamed Miller Brewing Company, the business has grown into the giant company we know today. It is most famous for Miller Genuine Draft, marketed as the original cold-filtered packaged draft beer. Be sure to take the unique walking tour of the Miller Valley, which includes a visit to the spectacular Miller Caves and meeting the ghost of Frederick Miller.

One of the oldest breweries in the Midwest, Minhas Craft Brewery was established in 1845. The existing facility has expanded over the years to include three city blocks. Within this complex is the Herb and Helen Haydock World of Beer Memorabilia Museum, valued at more than $1 million. The Boxer Lager is ever-popular, made with Canadian barley, Pacific Northwest hops and deep fresh well water. Visit some of the cheesemakers in the area, including Emmi Roth, whose Grand Cru Surchoix won first place in the 2016 World Champion Cheese Contest.

Founded in 1844, Pabst Brewing Company dominated the American beer market from the late 1800s until about 1950. Today it produces more than 30 brands, including the famous Blue Ribbon. To experience the old world charm of the historic brewery, take the beer history tour that includes a walk through the infirmary, which also functioned as a “speakeasy” during the Prohibition Era. Or consider spending the night at the Brewhouse Suites, a boutique hotel in a restored section of the brewery.

Built in 1857, Point Brewery is one of the oldest continuously operating, privately-owned breweries in the country. During the 2016 Los Angeles International Beer Competition, Point’s Siesta Key Pale Ale received a gold medal in the American-Style Fruit Beer category and its Drop Dead Blonde Ale also took the gold in the Golden or Blonde Ale category. The brewery tour includes some up-close experiences—including feeling malted barley and watching yeast being ‘pitched’ into cooling wort—followed by sampling award-winning beers.

The breweries above are just for starters. Take an outing or two to visit the ones closest to you. Or put together your own personal tasting tour for a weekend. After all, there are hundreds of historic breweries in Wisconsin—all with a story to tell!