This site uses cookies to provide you with the best onsite experience. Read our privacy policy to learn more.
Accept
Home > Places to Stay > Hotels & Motels > 10 Historic Wisconsin Hotels to Take You Back in Time

10 Historic Wisconsin Hotels to Take You Back in Time 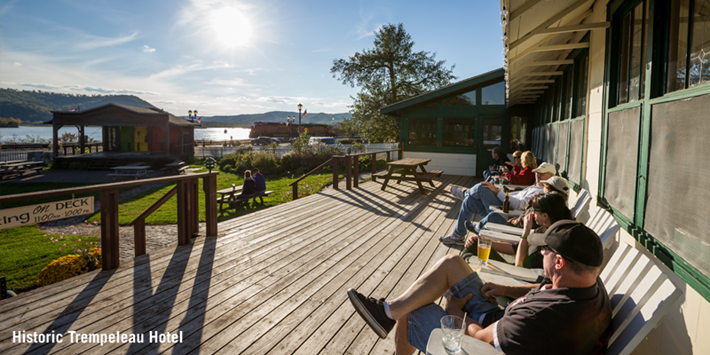 Every hotel has a story to share. Whether they started from humble beginnings or plans of grandeur, these 10 Wisconsin hotels are steeped in history and rich in culture. They have survived the test of time and each one comes with a unique origin story as well as a tale of survival and renovation.

On your next trip to Wisconsin, plan your stay in one of these historic lodging options.

In 1888, a fire tore through the quaint town of Trempealeau and destroyed most of the buildings along the riverfront commercial district. The Historic Trempealeau Hotel is one of the few survivors and to this day retains its classic charm, while offering modern style.

Patrons still line up at the vintage bar just like they did in the late 1800s. Upstairs the European-style rooms come equipped with homemade quilts and antique furniture. For those looking for a more luxurious experience, the suites and a rental cottage are equipped with jacuzzis, air conditioning and cable television.

Founded in 1851, the peaceful river town of Trempealeau is surrounded by wooded bluffs, a national wildlife refuge and Perrot State Park. Perfect for a quite respite, It’s the ideal destination to enjoy both nature and history in one picturesque location.

The Pfister opened in 1893 and was billed as the “Grand Hotel of the West.” This Milwaukee landmark was the most lavish hotel of its time featuring groundbreaking innovations like fireproofing, electricity throughout the hotel and individual thermostat controls in every room.

In 1962, the hotel was showing its age and the property was sold at auction to movie theater mogul Ben Marcus. The Marcus Corporation has restored the property to the elegance of its original state while keeping it updated with modern amenities.

In addition to its historic grandeur, the property houses the largest Victorian art collection of any hotel in the world. Visitors can explore and learn about collection with either a self-guided or scheduled tour. Immerse yourself in style at this historic Milwaukee hotel.

In 1927, wealthy Chicago businessman Jacob Loeb built a lodge near Cable. A few years earlier his family was made infamous when his nephew and friend murdered a young boy in Chicago. This Northwoods property along the shores of Lake Namakagan became a place for Loeb to retreat from the media and his family’s notoriety.

In the 1950s, the property was sold to a couple who named it Garmisch USA after the Bavarian town where the 1936 Winter Olympics were held. The couple renovated the lodge in the Bavarian style and today it maintains its hunting lodge motif including a large fireplace and two-story great room.

Walking through the doors of the main lodge is taking a step back in time as you’re immersed in the setting of an old-fashioned Northwood’s retreat.

Originally known as the Ahnapee House when it started operation in 1857, Hotel Stebbins has been around since the community of Algoma was just getting started. The hotel was one of only four framed buildings in this Lake Michigan shore town.

In 1905, the owners constructed a second wing, which has since become the front entrance of the hotel. Located a mere two city blocks from the public beach, boardwalk and state-of-the-art marina, this historic property is a perfect escape for scenic travelers.

In 2005, a new owner purchased the property and has been adding modern conveniences, like a game room and themed hotel rooms and suites, while maintaining the integrity of its origins by renovating the front lobby and restoring the 105-year-old tin ceilings.

Madison's oldest operating hotel is overflowing with history and hospitality. The Hotel Ruby Marie, built in 1873 during the booming railroad era, has housed thousands of visitors for well over a century. Modern luxury and Victorian elegance blend together for an experience that is far from ordinary in this property.

Located in the heart of downtown, guests are steps away from both the modern and historic sites that make up Wisconsin’s capital city, like the historic Wisconsin State Capitol Building and Frank Lloyd Wright-designed Monona Terrace, as well as numerous restaurants, shops, sporting venues and outdoor attractions.

Complimentary breakfast and happy hour are available for guests seven days a week, and there also are several opportunities to enjoy live local music with fellow travelers and Madisonians alike in nearby neighborhood establishments.

This world-renowned luxury accommodation had humble beginnings as lodging for immigrant workers of the Kohler Company in 1918.

For $27.50 a month, employees were given a private room, laundry service and three meals a day at the Tudor-style building named The American Club. In addition, the employees had access to the on-site pub, bowling alley, barbershop and English lessons. As the Kohler Company grew, so did the number of workers along with their families, and The American Club outlived its original purpose.

The owners were determined to transform it into an elegant village inn and in 1981 The American Club as we know it was reborn. The resort now includes four award-winning championship golf courses, nine restaurants, boutique shops and a spa, all while preserving the history of yesteryear.

During the 1970s the property was converted into a bed and breakfast and later an inn. In 2012, the owners of Lake Geneva’s historic Baker House took over management of the Maxwell Mansion and the surrounding property. After a large renovation project, they transformed this former summer house into a luxurious estate that is now home to 30 guest rooms, three acres of gardens, a heated pool, croquet and bocce ball, and other accoutrements reminiscent of the Gilded Age.

Eagle River's first settlement, originally occupied by fur traders, woodsman and loggers, was on the land that would later become the Eagle Waters Resort. In the mid-1800s the property consisted of a trading post, bank and post office, and was given the Native American name "Kee-Mi-Con" which translates to, "I have found it."

Over time, the property has evolved into Eagle Waters Resort, where many families have come to vacation year after year. One local tradition called for a tree to be planted after each wedding ceremony held on the property. Families still return to this day to visit “their” tree.

Eagle Waters Resort has grown into a four-season resort steeped in traditions and history with a variety of amenities and lodging opportunities from lodges to cabins.

The Voss family's Birchwood Lodge on Spider Lake has been a summer resort since 1910 and has remained in the family ever since. As a matter of fact, it’s now run by the granddaughter and great-grandson of the original owners.

In 1924, the family completed the main lodge, and a dance hall and bar soon followed. The Northwoods has always been a draw for outdoor enthusiasts and the Birchwood Lodge provided fishing guides around the clock, as well as chefs that prepared the catch of the day.

Through the years, the main lodge has become a place of refinement and is filled with the antiques and heirlooms collected over the years. Guests can stay in 20 cabins or six rooms in the lodge.

While this part of the state is mostly known for its excellent fishing and outdoor opportunities, Manitowish Waters made headlines in the 1930s. It was the Voss family that called the FBI in 1934 to report John Dillinger’s stay at the nearby Little Bohemia Lodge. Still in operation, Little Bohemia offers dinner seven days a week in the authentic setting that still has hundreds of bullet holes in the walls from the famous shoot-out.

Located in the heart of downtown Superior, The Androy Hotel is a historic family-owned and -operated business. Built in 1925, it was once known as Superior's million-dollar hotel.

Over the years, The Androy has been renovated many times, with many of the hotel's historic features remaining intact. From the antique mail chute to many original fixtures, and doors that still use actual keys, this property will make you feel as though you've stepped back in time.

Looking for more insights into the past? Check out Wisconsin's top 25 historic sites. 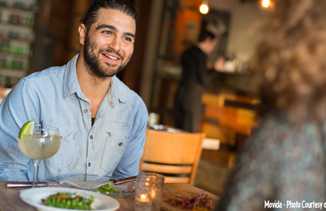 A Romantic Winter Getaway to Milwaukee 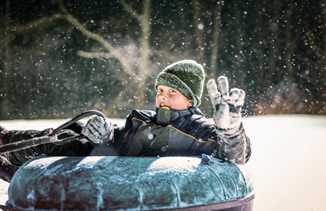 Where to Stay Near Wisconsin’s Best Snow Tubing

Where to Stay Near Wisconsin’s Best Snow Tubing 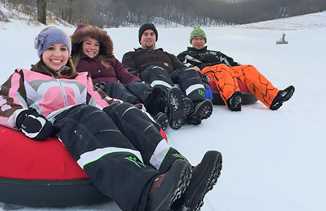 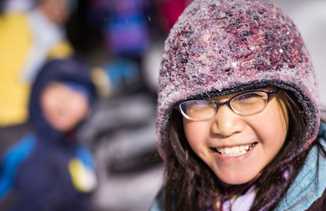