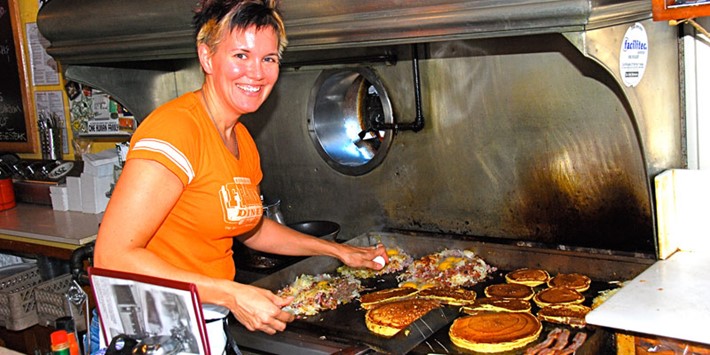 The rise in popularity of diners, drive-ins and dives can certainly be attributed to the famous television show, but in Wisconsin we’ve been perfecting this restaurant experience for decades. Our state lays claim to dozens of eclectic and fun local spots, some of which have actually been featured on the popular TV show. Ranging from places that have been around for 70 years to newbies that capture the dive vibe, here are a few hot spots that are the perfect place to grab a burger and a chocolate malt.

Dishing It Out - Diners We Dig

We have to give a nod to this diner which actually made it on the TV show, “Diners, Drive-Ins and Dives.” The Comet Café in the trendy East Side neighborhood of Milwaukee impressed Guy Fieri with their made-from-scratch entrees and ability to use bacon as an ingredient in just about everything. And that’s not all you’ll find at Comet. Think fresh ingredients, homemade soups and sandwiches, and some pretty mean (in a good way) cupcakes.

Located in a quintessential neighborhood gathering spot, Monty’s Blue Plate Diner stays busy all day. The real deal here is where the food comes from. Chef Matt strives to purchase all food from local producers to support the local economy, and to have the freshest ingredients possible – fitting for a Madison restaurant. And vegetarians, this is the place for you. They have tons of meatless options, including meatless meat-loaf.

Franks Diner is no stranger to prime-time national TV. It was featured on the show “Diners, Drive-ins and Dives” and most recently “The United States of Bacon.” Franks is the oldest operating railcar diner in the U.S. and is famous for their “garbage plate.” What’s a garbage plate you ask? Try five eggs (three for the half portion) mixed into a combination of hashbrowns, peppers, onions, and your choice of up to five, yes five, meats and five cheeses. Add a side of toast, and voilà.

Ardy and Ed’s is a real blast from the past and a truly authentic 1950s drive-in. 2013 marked the drive-in’s 65th anniversary from when it opened as Southside A&W back in 1948. Roller skating waitresses still take your order, and we recommend, well, everything on the menu. Don’t miss their monthly classic car Cruise Nights.

With traditional drive-up fare, Gus’s is a great stop in a prime location. Close to Alpine Valley Resort and minutes from Lake Geneva, this drive-in is an easy and scenic drive through the Kettle Moraine State Forest. And on Saturdays, just follow the sound of rumbling and thundering engines to Gus’s during their Cruise Nights. Car lovers love the display of classics, hot-rod and rad-rods every weekend.

This drive-in has been serving custard for more than six decades and offers a classic drive-in experience. With delicious burgers and custard, and a giant neon sign with an ice-cream cone, you can’t go wrong at Milty Wilty. This is that iconic drive-in you went to as a child, and now bring your own children to. Make sure you visit this summer, because Milty-Wilty is only open through September.

Hanging Out with the Locals at Wisconsin's Best Dives

Bayside Tavern is generally recognized as the social center of the Egg Harbor/Fish Creek area and is a must stop when you are in Door County. It’s a place where locals mix with visitors, for an all-around fun atmosphere. With a variety of beers and spirits and great home-cooked food (served until 11 p.m.), it’s a great place to just hang out.

Milwaukee is a city with a large brewing history where “dive bars” are standard, and Koz’s Mini Bowl not only fits the bill, but takes it one step further. Koz’s is the last duckpin bowling venue in Wisconsin. Think mini bowling alley, with mini lanes (four total), mini pins (with actual pin setters) and mini bowling balls the size of a grapefruit. This historic landmark hidden in Milwaukee's south side is a guaranteed fun time. Koz’s also has a pool table, darts, and an old school jukebox.

Opened in 1908, Wolski’s has been serving beer for over 100 years. In the 1970s, faithful Wolski’s customers who would stay at the bar until closing hour asked to be rewarded for their patronage. It was then that the famous “I Closed Wolski’s” bumper sticker was created. Thirty-five years later, the bumper sticker can be found all over the world. Wolski’s has most recently added a new beer garden to open this summer, so make sure to enjoy a drink or two outside. 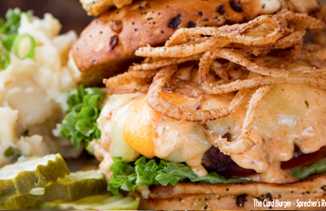 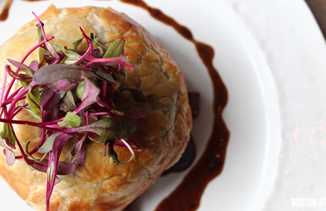 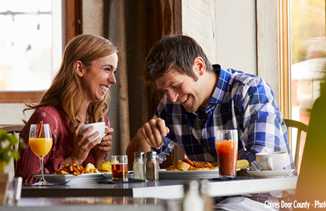 The First-Timers Guide to Eating in Door County

Your Wisconsin Winter is Here
Start Planning
Get Restaurants inspiration in your inbox.
I’m in!
X