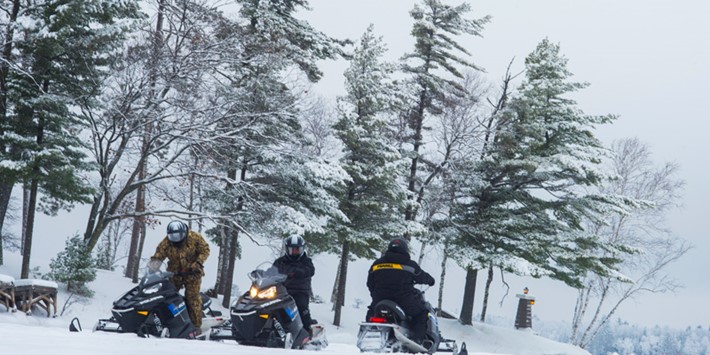 Snowmobilers welcome a fresh snowfall because it is the perfect reason to head outdoors, day or night. In Wisconsin are at least 25,000 miles of snowmobile trails, and rural supper clubs are a popular destination – so bundle up for a wintry ride, work up an appetite and let it snow.

The fun happens throughout the Badger State. “Dorf Haus in Roxbury, Rex’s Innkeeper in Waunakee and Green Acres in Sauk City are our area’s huge snowmobile destinations,” says Sam Landes of Dane County and the Association of Wisconsin Snowmobile Clubs.

Find these and other supper clubs surrounded by fields or forests, near the edge of town or a part of longtime lakeside resorts.

At the juncture of five snowmobile trails in Iron County, near an edge of the Turtle-Flambeau Flowage, is a decades-old supper club with friendly owners and a Friday fish fry of walleye. A popular weekend special is roast duck served with an orange or brandied cranberry glaze, plus sage dressing. One cool dessert choice, good for all seasons: grasshopper ice cream pie. A second Ding-A-Ling, under different ownership, operates amidst farmland near Hanover, in Rock County.

At least 700 miles of groomed snowmobile trails criss-cross Vilas County and some of its frozen waterways, which typically includes Big Arbor Vitae Lake. The waterfront view at Four Seasons is priceless, as is the secret sauce recipe for the baby back ribs. Add from-scratch potato pancakes to whatever entrée sounds best. Dozens of indoor wildlife mounts are reminders that this indeed is the beautifully rustic Northwoods. About 20 miles east is Eagle River, Snowmobile Capital of the World.

Northern Highland State Forest surrounds the lake and lodge, which is part of a historic resort in Vilas County that began as a retreat for lumber and railroad barons. The 1895 log lodge is a timeless architectural masterpiece, built with 70-foot-long white pine trees, and there are no vertical beams inside. Notice the free-standing fireplace of native stone and gorgeous lake views. Dinner in the Waldheim Room is all about casual elegance and traditional supper club fare.

In Polk County’s 350-mile web of groomed trails is the especially scenic Gandy Dancer Trail, a former railroad corridor named after the crew who laid the tracks long ago. One of many links leads to this rustic lodge, a treasured landmark built in 1939. Besides supper club classics, the chef – a French culinary school grad – prepares jambalaya pasta to pork osso bucco.

Trails nearly reach the front door in this part of Marquette County, near Germania Marsh and Comstock Bog. Loyal customers include locals who appreciate the cooks’ talents and resourcefulness. One example: skins from “real” mashed potatoes turn into an appetizer of crispy, seasoned potato skins. Add unusual twists, like breaded and fried duck strips as a starter, or an entrée of bacon-wrapped pork filets. The vibe is old school and much loved.

For even more supper club offerings perfect for the winter warm-up, visit here.

This entry was posted in Supper ClubsSnowmobiling 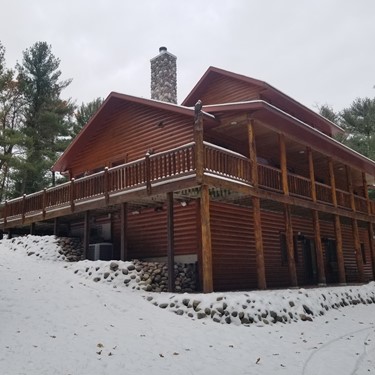 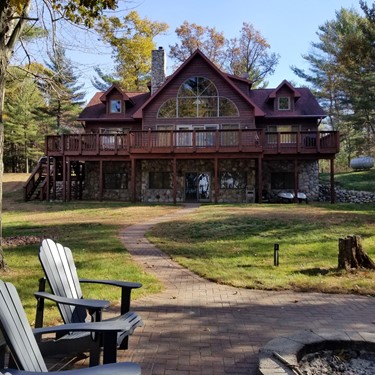