This site uses cookies to provide you with the best onsite experience. Read our privacy policy to learn more.
Accept
Home > Things to Do > Arts and Culture > History & Heritage > Fox-Wisconsin Portage Site

The original portage (carrying place) is a narrow strip of land between the north-flowing Fox and the south-flowing Wisconsin Rivers. Pierre Marquette and Louis Joliet recorded using the portage on June 14, 1673. By the 1780s, it became a rendezvous point for the trading of furs and supplies. Native Americans controlled and utilized the portage for hundreds of years until the Treaty of 1828. The route, now city street Wauona Trail, is listed on the National Register. 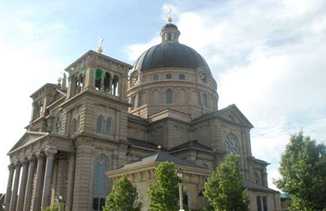