This site uses cookies to provide you with the best onsite experience. Read our privacy policy to learn more.
Accept
Home > Things to Do > Arts and Culture > History & Heritage > Lock and Dam Number 8

Lock and Dam No. 8 is located in a bluff-lined valley on the Upper Mississippi River near Genoa, Wis. The project includes a lock, a dam with moveable gates, 3 miles of dike and two overfl ow spillways. The Corps of Engineers originally completed the facility in April 1937 as part of the Upper Mississippi River 9-foot channel project. After more than 50 years of service, the Corps undertook a major maintenance program, which was completed in 2002, to replace much of the operating equipment and to construct a new control building, to serve navigation customers well into the future. 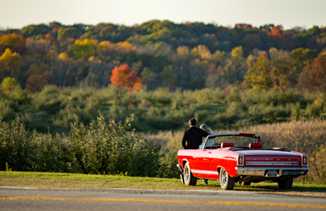 11 Scenic Drives During Fall in Wisconsin