This site uses cookies to provide you with the best onsite experience. Read our privacy policy to learn more.
Accept
Home > Things to Do > Arts and Culture > History & Heritage > Mineral Point Railroad Museum

The museum is open seasonally from May through October.

The Mineral Point depot was built in 1856 from local materials, and has survived to become the oldest depot in Wisconsin. It was in operation from 1856-1984. After a six year restoration project, the depot reopened in Sept 2004. The museum artifact collection brings to life the stories of the men and women who worked the railroad. Exhibits cover the construction of the depot and railroad by the Mineral Point Railroad Company; the Chicago, Milwaukee, St. Paul (and Pacific) Railway, also known as the Milwaukee Road; the Mineral Point Zinc Works, which operated the nation’s largest zinc oxide plant as well as the Mineral Point and Northern Railroad (Mineral Point’s second railroad line); railroad tools; depot agents and telegraph operators; and more. 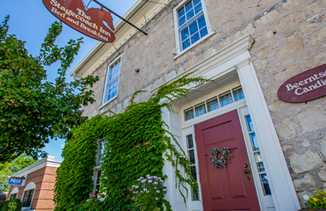 Events Are Back
Come Celebrate