This site uses cookies to provide you with the best onsite experience. Read our privacy policy to learn more.
Accept
Home > Things to Do > Entertainment and Attractions > Amusement Parks > Wisconsin Roller Coasters 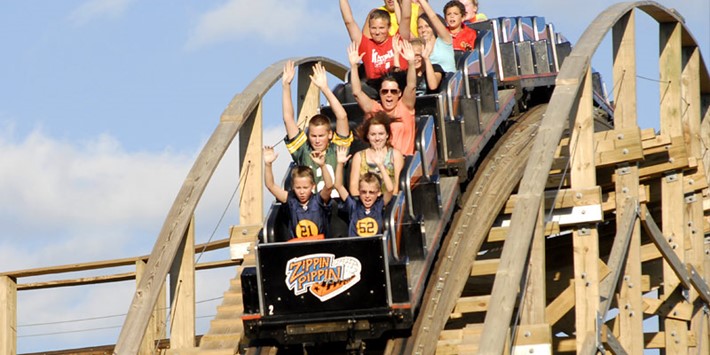 Take a Ride with Elvis

How’s this for a bucket list item? You can hitch a ride on Elvis Presley’s favorite roller coaster and it’s only going to cost you a buck.

Elvis would sometimes rent an entire Memphis amusement park overnight for his entourage so they could cut loose. That’s where Elvis first saw the Zippin Pippin that became his favorite roller coaster.

It was a beauty. All wood. The Zippin Pippin can hit 50 miles per hour and has a vertical drop of seventy feet. Elvis would ride the roller coaster all night. Legend has it Elvis made his last visit to the park the week before he died.

For the Younger Crowd

Little Amerricka in Marshall is a great stop for families with younger children.

Best known for a miniature steam engine train ride, they also have a kid friendly roller coaster called The Meteor. Adults can ride too but it is geared to the younger set.

Details: 36” minimum height. A variety of discount tickets are available for the entire park.

The promised land for roller coaster fans in Wisconsin is the Mt. Olympus Water & Theme Park in Wisconsin Dells. There are five coasters on the property ranging in level from kids only to serious thrill seekers.

Pegasus
Just like its namesake, Pegasus swoops and dives over the 1600 foot track peaking at sixty feet and then dropping forty-five. Park managers say this coaster is, “great fun for the entire family.”

Zeus
Buckle up for Zeus. A 2,700 foot track that races through a forest, Zeus reaches sixty miles per hour climbing 90 feet before hitting an 85 foot drop. Did we mention you should buckle up for this one?

Cyclops
Now this sounds like fun – a 75 foot drop that screeches to a halt after a thunderous 1680 foot run.

Details: Minimum height limits vary on the coasters. Most are 48”, Pegasus is 42”, and Little Titans is 40”.

This entry was posted in Amusement Parks 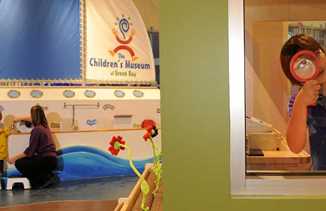 Things to do in Green Bay - Beyond Tailgating 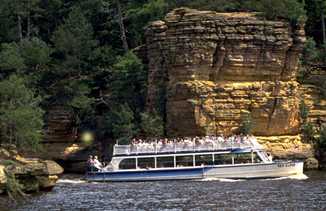 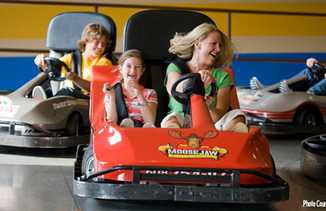 8 Indoor Activities to Thrill Your Children this Winter