This site uses cookies to provide you with the best onsite experience. Read our privacy policy to learn more.
Accept
Home > Things to Do > Food and Drink > Breweries > Road Trip: 6 Wisconsin Breweries Worth Visiting 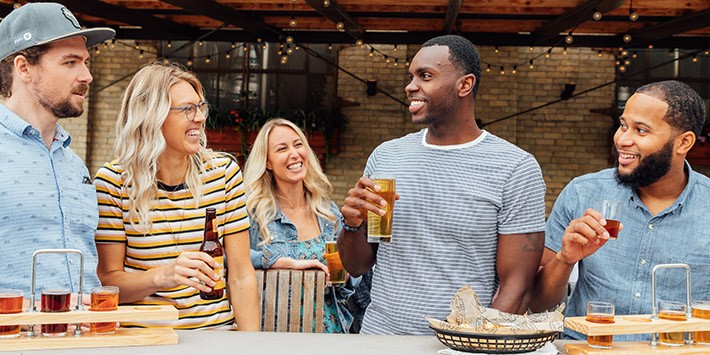 Benjamin Franklin is famously misquoted as saying that “beer is proof God loves us and wants us to be happy.” Given the abundance of breweries in Wisconsin, it’s safe to say that Ben would have considered the Dairy State to be blessed.

Joking aside, the explosion of microbreweries in Wisconsin truly exemplifies the state’s diverse and fun-loving spirit. According to the Brewers’ Association, there are over two hundred craft breweries operating in the state.

Below, we’ve selected six breweries (and beers) that deserve to be included in your next Wisconsin road trip.

Built in 1852, this is one of the oldest operating breweries in Wisconsin. The Potosi Brewing Company offers brewery tours, a restaurant, beer garden and a National Brewery Museum.

Beer: Try the Fiddler Stout, which pairs flavors of coffee and chocolate with a medium hop bitterness. This is a great beer for someone who wants to explore bitter flavors that are less intense than a typical IPA.

This brewery got its start in 1996 when two friends purchased and restored an old brick building in Junction City. They quickly became known for producing high quality and unique beer recipes. Today, you can sample beers in the taproom and tour their Amherst facility over the weekend.

Beer: The Mudpuppy Porter is famous and sold in almost 200 retail locations around the state. Accurately described by the brewers as a refreshing porter, it is beloved by dark beer fans.

Created by high school sweethearts from Kenosha, Marc and Katina Buttera, O’so Brewing Company strives to “keep it local” using Wisconsin made bottles and bottle sleeves, case boxes, labels and Wisconsin grown grain in their brewing process. O’so Brewing Co. has 40 Wisconsin craft beers on tap in their taproom and is one of the real craft gems in Wisconsin.

Beer: Rusty Red is available year round at O’so. It’s malty and well-balanced flavor makes it enjoyable from the first sip to last drop.

Pearl Street Brewery, founded by a father-son duo, offers a variety of beers and has tours every Friday and Saturday. Be sure to check out their event calendar before stopping in, as they frequently have unique events, beer specials and live music.

Beer: Me, Myself and IPA is brewed with more than 2 pounds of hops per barrel, giving it a powerfully bitter flavor that even the pickiest IPA lover will cherish.

Located right on the Milwaukee River, this brewery was an electric railway and light company before it was renovated to produce great beer. Stop by for one of their popular tours and be sure to stay for the Friday night fish fry (often accompanied by traditional German polka bands).

Beer: Riverwest Stein, named after the surrounding area, is a wonderfully drinkable Amber lager that is smooth, rich and sure to please.

You’ll find big flavors when you visit Tribute. Their taproom features 12 different beers that are brewed on-site, plus a selection of beers from other craft breweries around the state. Tribute is also blessed with a friendly staff and an atmosphere true to its Northwoods location.

Beer: Don’t miss their Blueberry Train Wheat that balances the sweet flavor of ripe blueberries with crisp and refreshing notes of a more traditional wheat beer.

Ready for another round? Check out these five Wisconsin distilleries! 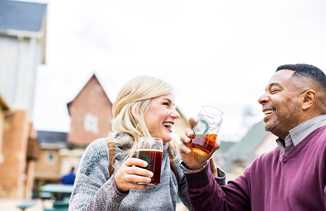 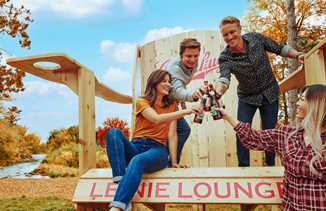