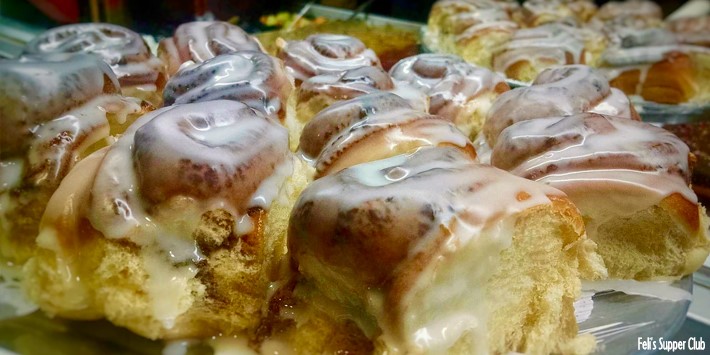 Proud traditions enrich supper club dining in Wisconsin. It is not unusual for owners to use generations-old family recipes that demonstrate Old World heritage, or the beginning of a New World culinary trend.

On the complimentary, diverse and generous relish trays delivered to all diners include house-made nibbles: liver paté, pickled herring, marinated olives, port wine cheese spread. Sauerkraut and creamed cucumbers used to be among the offerings too.

When “The Chip,” at the edge of Chequamegon National Forest, was sold to its present owners in 1995, the transaction included the restaurant’s recipes for German specialties. Authentic Bavarian fare still fills one page of the dinner menu, and schnitzels are a top seller. Specials include a Schnitzel of the Month, and all is prepared by the owners’ son, trained at culinary schools in France and Italy.

An oyster bar is a part of what has long separated this supper club from others. The tasty mollusks were added in the 1960s, when fresh seafood was considered exotic in Midwest restaurants. The supper club’s original owners were smitten with oysters after getting their first mouthful during a meal at The Drake Hotel in Chicago. Then they found a way to get fresh oysters delivered in a timely manner, and the rest is history. Classic Oysters Rockefeller remains a popular hot appetizer, and three kinds of oysters are typically available chilled, on the half shell.

What began in 1961 as cozy weekend dining for family-style chicken dinners continues today as a Friday special meal, and the supper club has expanded to seat up to 450 customers. The founders in the 1980s began offering marinated, slow-roasted turtle (tastes like roast beef) on Fridays during the Catholic Lenten season; it remains as a seasonal alternative to the fish fry (available all year).

Complimentary dinner rolls or a mini loaf of fresh, warm bread is customary at supper clubs, but European heritage makes the offering unique at Feil’s. The family in 1852 opened a bakery in a little town near Frankfort, Germany; some of the bread recipes are still used.

Look for a shadow box in the bar that contains the supper club’s 1 millionth loaf, shellacked, and old-time recipes. Enjoy from-scratch dinner rolls at the Sunday brunch buffet, or by the mini loaf (white or onion rye) on other days. During the Christmas season, raisin bread (sometimes frosted) is an added treat.

Fourteen miles north of Rhinelander, in a rural area known for maple syrup and sugar production since the 1890s, this straightforward supper club has deeply passionate fans because the third-generation owners stay true to their grandfather’s traditions. That includes one choice of potato (baked) and one version of salad (fat wedges of iceberg lettuce with no accompaniments, not even a sliver of tomato).

From-scratch dressings, made in 15-gallon batches, are what customers ladle onto the wedges, and the three choices are so popular that each is also sold by the quart. Recipes for the sweet-sour French, sweet-tangy Russian Cream and garlicky Caesar dressings stay top secret and date back to the 1950s.

Each Wisconsin supper club has its own unique history – but did you know some include visits by gangsters? Check them out in 5 Wisconsin Supper Clubs with Gangster History, or browse our supper club directory for more. 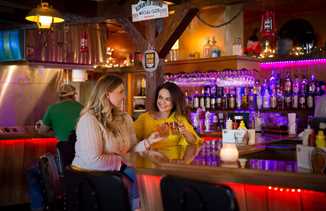 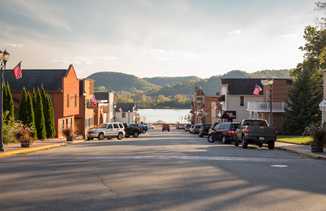 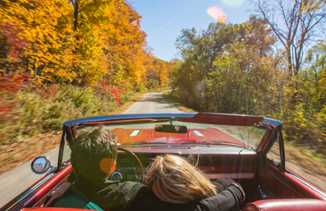 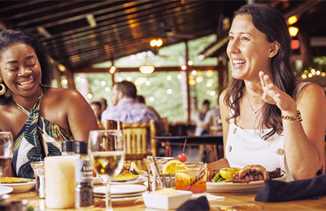