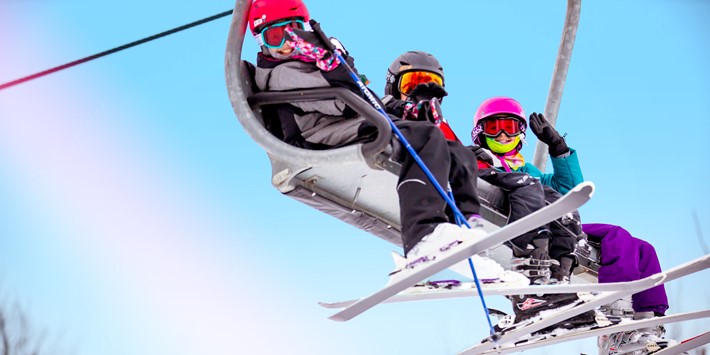 By Brian Clark
Special to TravelWisconsin.com

There’s a good reason why the parking lots at many of Wisconsin’s ski areas are filled with cars from Illinois, Minnesota and Iowa. The Badger State has more than two dozen ski and snowboard resorts that are among the best in the Midwest.

Here’s the scoop on some of the top areas:

Founded in 1938 and set right on the Illinois border, Wilmot Mountain recently received a major overhaul. That happened after Vail Resorts bought it and pumped in more than $13 million to completely redo its base facilities, replace numerous lifts, revamp snowmaking and even re-contour some of its slopes for better schussing. The result has been impressive and Wilmot now resembles its sister resorts out-West - minus the Rockies. The area has a 190-foot vertical drop, 23 trails, nine lifts, a terrain park with its own double rope tow and a tubing area with 22 lanes.

Since it was purchased by Charles Skinner in 2000, the Granite Peak Ski and Snowboard area has grown by leaps and bounds. He’s invested more than $15 million into the Wausau resort in the past 16 years by adding 58 runs - for a total of 74 - installing seven new lifts, restoring the historic Stone Chalet, completely revamping the snowmaking system and building the Sundance Chalet and Grill, among other things.

Granite Peak, which dates back to 1937, has the greatest vertical drop of any resort in the state at 700 feet. It now has more than 75 runs on its 400 acres and is the biggest and - many would argue - the best ski area in the state. It may grow even bigger and add base lodging, if Skinner’s expansion plans come to fruition.

Perched in the flanks of the Baraboo Hills, Devil’s Head Resort has great views of the Wisconsin River to the south. And there is plenty of skiing and snowboarding on the area’s 30 trails that snake down slopes with a 500-foot vertical drop. It has nine lifts spread out over 300 acres. Part of a year-round resort that has two 18-hole golf courses, Devil’s Head has a lodge boasting more than 250 rooms, condominiums for rent and several restaurants for dining. It attracts a majority of its guests from Chicagoland, with the remainder coming from southern Wisconsin cities such as Milwaukee and Madison.

Whitecap’s claim to fame is that it “skis big,” even though its vertical drop is just 400 feet. This northern Wisconsin resort, located in the Penokee Range, actually as three peaks: Whitecap, Eagle's Nest and Thunderhead. All totaled, the area has 43 trails on everything from mellow to challenging slopes. Whitecap also has dining and lodging too, for folks who make the long trip north to take on its runs.

With a repurposed, 100-year-old dairy barn serving as its main lodge, Tyrol Basin, which has a 300-foot vertical drop, could be the poster child for Wisconsin skiing and boarding. Located in a valley four miles northwest of Mount Horeb and half-an-hour from Madison, it's long attracted snowboarders and skiers to its impressive terrain park, which covers parts of three runs and has numerous rails, jumps and other features.

Perched on top of Mississippi River bluffs, Mount La Crosse boasts an impressive 516-foot vertical drop, the second longest in the Badger State. The views of the Father of Waters, as the Mighty Mississippi is known, are impressive and the resort’s 18 trails offer slopes for beginners up to the feared “Damnation” run, which is considered the steepest in the Midwest.

Cascade’s owners spent $9 million to add two new lifts and eight new trails to the resort’s slopes, which have a 460-foot vertical drop. They also made lodge improvements and beefed up the snowmaking system for better snow conditions. The resort has long been a favorite in the region because it lets kids 12-and-under ski free on its 50-plus runs. Families also flock to Cascade for its tubing park, which has around a dozen runs, as well as several fire pits for roasting brats and warming cold hands.

The downhill adventures don't end here. Wisconsin's downhill skiing and snowboarding options are set in various landscapes in every corner of the state!

This entry was posted in Downhill Skiing/SnowboardingWinterFamilyFamily Getaways 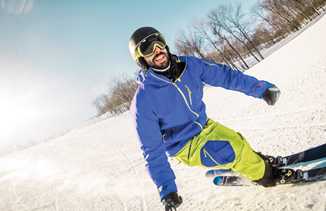 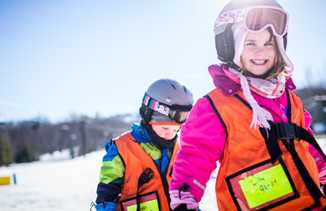 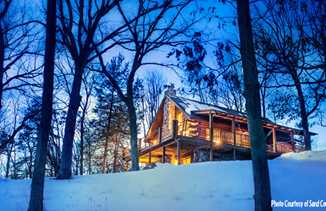 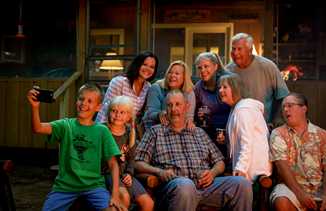 4 Wisconsin Resorts Your Kids (And You!) Will Love 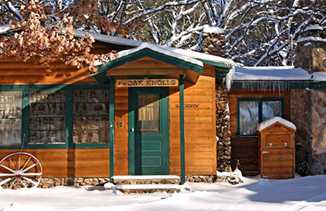 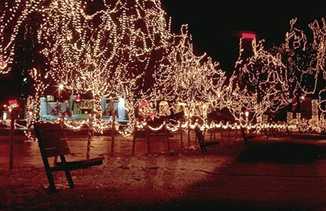 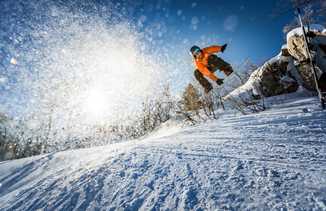