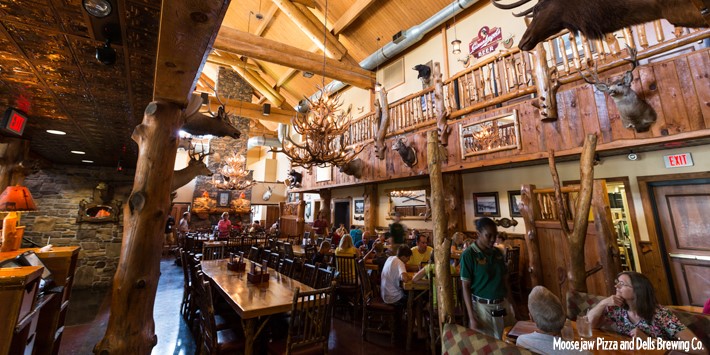 Wisconsin may be known as the wholesome Dairy State, but some of our restaurants, bars, resorts and supper clubs also hosted some of the most notorious gangsters back in the day, including Al Capone, John Dillinger and Baby Face Nelson. Interested? Stop by some of these historic spots that once played host to gangsters for a little thrill.

Well, the name says it all, doesn’t it? The former Stage Coach Inn and Fuhrman’s Hotel, built in 1846, is gangster-themed and presided over by a wax Al Capone figure. Capone was known to stop here in the 1920s on his runs between Chicago and his northern Wisconsin hideaway, and it’s now listed on the National and State Register of Historic Places.

Memorabilia from Capone’s era, gangster head shots, and pictures of the building’s various remodels hang on the walls. Into ghost stories? A 2017 article documented various paranormal occurrences that have happened here too—like mysterious voices on the third floor and the ghostly figure of a woman in the window.

Northern Wisconsin was once a “gangster’s paradise”—Manitowish Waters, Lac du Flambeau, Hayward and more all housed hideouts or hangouts for gangsters. That includes Bootleggers Supper Club on Lake Nokomis that’s hosted Al Capone and supposedly John Dillinger, among others.

Owner Bunny Kluka says that Capone asked a friend to build a place for him to escape to up north, which the friend named Bill’s Resort. The resort’s cottages were sold off in the ensuing years and the restaurant (dating back to 1928) was renamed in the 1970s, says Kluka. She says her property gives a hearty nod to its gangster past not only in the name, but in the authentic memorabilia on display (a genuine spittoon, old menus and handcuffs that were allegedly Capone’s) and painted murals on the walls of Capone and women dancing.

Nosh on the Fedora cheese curds, Eliot Ness (cheese ravioli), the Flapper (chicken parmesan) or Ma Barker (chicken cordon bleu). Kluka says she’s even been told upstairs was a bordello at one point. “There’s a lot of history here—a lot of things that went on,” she says.

Perhaps the restaurant with some of the most thoroughly documented gangster history, Wisconsin Dells’ Moosejaw Brewing Company certainly has some tales to tell. Back in the 1880s, settlers chose the junction of Moose Jaw and Thunder Creek for a Canadian Pacific Railway stop. Fast-forward to Prohibition and gangsters, including Al Capone, who would use the area’s subterranean tunnels (that were originally constructed for heating the buildings above) to run their alcohol-smuggling business to Canada via the railway stop across the street.

A family-owned spot for 40 years, Gangster’s Bar & Grill is housed in an 1898 bank building in downtown Hazel Green, and owner Connie Hinderman wanted to honor its past. “I wanted a theme to tie it into—and gangsters robbed banks back then!” But Hinderman notes that because of its southwestern Wisconsin location close to Dubuque and not too far from Chicago, a lot of gangsters passed through the area—including documented Al Capone sightings.

Hinderman appropriately follows through on the theme with their signature Gangster Burger, a ¾-pound patty topped with Swiss and American cheeses, double-smoked bacon, lettuce, tomato, onion, pickle and Gangster Sauce. They also serve a Gangster Wrap. Look for newspaper clippings from the Prohibition era and bank teller bars in the walls, and a vault that houses a coffee area.

For more stories on Wisconsin's gangster past, check out these supper clubs with gangster history or follow along on a self-guided gangster tour! 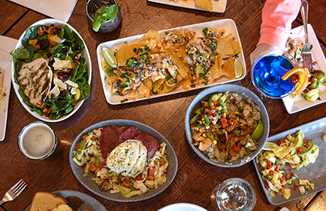 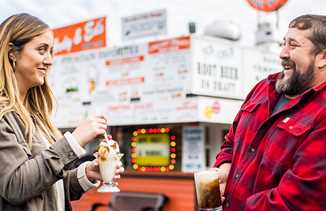