One of Madison's oldest parks, Vilas curves along the northern shore of Lake Wingra, offering a sandy beach for summer swims and numerous fishing sites, including two accessible piers on 45.67 acres. One can often find joggers on the lakeside trail that links Vilas Park with the UW Arboretum on the east end, and the tree-canopied Park and Pleasure Drive on the west end. Summer invites you to lob a few balls at one of six tennis courts, or to hold picnics and baseball games in the large grassy play area adjacent to Henry Vilas Zoo. Children can choose between two playgrounds, one with the famous Old Woman in a Shoe slide. A third playground, with dinosaur play equipment and a large Indian mound may be found on the secluded hilltop portion of the park, behind the zoo on Erin Street. In the cold months, skate on the frozen lagoon, or play ice hockey on one of the rinks near the shelter house. This expansive park is a great place to walk, pausing on one of the beautiful arched bridges to watch for blue herons and other wildlife that thrives in this urban greenspace. Also has a bike path. 3 hour parking at all times in the parking lots. MGO 8.18(2) and (5) and Section 1.08(3)(a) 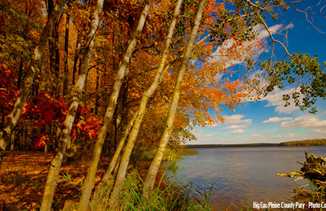 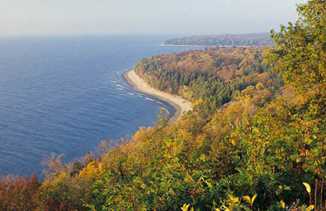 The Best Views in Wisconsin for the Fall Colors 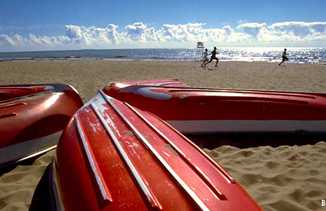