This site uses cookies to provide you with the best onsite experience. Read our privacy policy to learn more.
Accept
Home > Things to Do > Outdoors > Golf > Wisconsin Golf Courses for Families 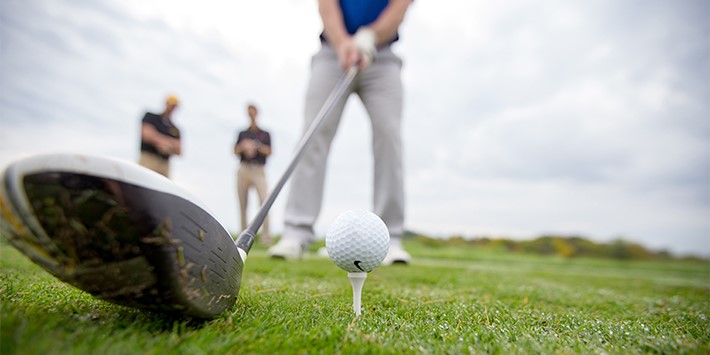 Gather your whole group for a day on the green at these family-friendly Wisconsin golf courses!

The Spooner Golf Club is one of a handful of certified PGA Family Courses in the Midwest. That means the course offers everything from family clinics and scrambles to family dinners. Spooner also has a user-friendly short course. It’s hard to beat their buck a hole cost for family golf. Insider tip: there’s also a special promotion where if you play on Friday or Saturday, you get a 50 percent discount voucher to be used on the following Sunday.

Grover Cleveland was in the White House when golfers first teed it up at Tuscumbia Country Club in Green Lake. Opened in 1896, Tuscumbia is Wisconsin’s oldest golf course. It’s a perfect 19th century history lesson to challenge beginners, while the narrow fairways make intermediate or advanced players work for a good score. There is also a family par-3 course on the property. The restaurant next door, 680 North, is well worth a visit.

Janesville has two outstanding public golf courses.  Blackhawk is the shorter and easier course perfect for all ages. Blackhawk has also opened one of the first “foot golf” courses in the state. (Think golf but played with a soccer ball) On weekends, Blackhawk cuts golf cups about twice the normal size.

Players will need at least intermediate skills to tackle Riverside, but the walk through the park setting makes it worthwhile. If you go in the summer, keep an eye out for Dallas Cowboys quarterback, Tony Romo. The Wisconsin native has been known to turn up during summers to play in one of the state’s big amateur tournaments held annually at Riverside.

Thumbs up to the Links at Lawsonia for coming up with one of the most creative promotions of the year: a grandparents and grandkids golf camp. How cool is that? The minimum age is eight, and the class is open to all skill levels. In addition to a great curriculum, participants will also get to experience boat rides, a brat fry, and art classes. The two courses at Lawsonia have long been considered among the best in Wisconsin.

For intermediate to advanced players:

Native Midwesterner and former British Open Champion Tom Lehman was instrumental in creating the Troy Burne Golf Course in Hudson. A stadium links style course featuring a front nine links style layout while the back nine is more heavily wooded. Watch out for more than 120 bunkers dotting the entire course. Troy Burne has hosted a Nationwide Tour event and served as a local qualifying course for the U.S. Open.

Host of the Wisconsin State Open in 2015, University Ridge is the home course of the University of Wisconsin men’s and women’s golf teams. Opened in 1991, the Robert Trent Jones, Jr., design takes its name from landscape features left behind by the last retreating glacier. A portion of the Ice Age Trail, one of only eight National Scenic Trails in the nation, runs through the course.

With chapters across Wisconsin, the First Tee program is becoming a national leader in teaching young people about golf and life. It’s a great program to introduce boys and girls to golf, while also sprinkling in life lessons like integrity, respect, and perseverance. There are four chapters in Wisconsin - Milwaukee County, South Central Wisconsin, North Eastern Wisconsin, and the St. Croix Valley. Many of the First Tee programs offer summer camps in addition to other programs.

If you would like your youngster to get some tournament golf experience this summer, Pepsi, Milwaukee County Parks, and the First Tee of Milwaukee County are sponsoring a Par 3 Tour. Open to boys and girls between 7-18, the competition is very low-key and is played at the par three courses in Milwaukee County between June and August.

Looking to hit the links but don't want to break the bank? Check out these Wisconsin Golf Courses for Every Budget. 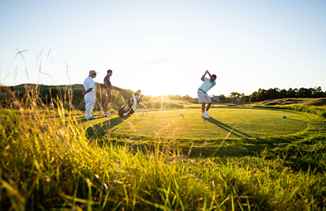 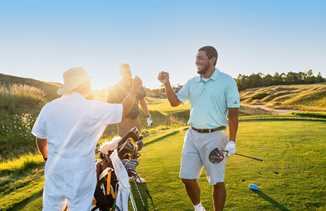 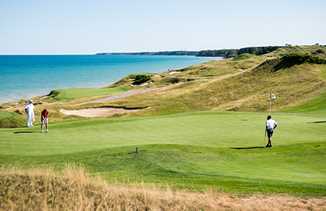 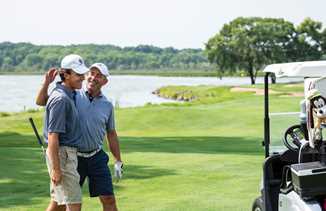 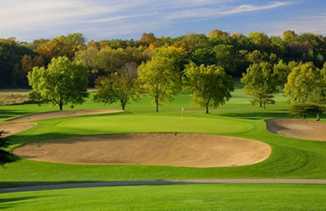