This site uses cookies to provide you with the best onsite experience. Read our privacy policy to learn more.
Accept
Home > Dining > Restaurants > Take a Bite Out of History at these Wisconsin Restaurants

Take a Bite Out of History at these Wisconsin Restaurants 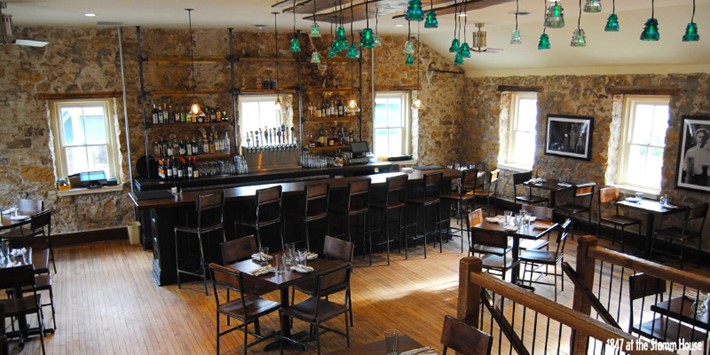 By Mel Tobiasz
Special to TravelWisconsin.com

It’s no secret Wisconsin has a vast array of historical accounts. In every corner of the state, visitors can get an inside look at the past whether they’re staying at a historic hotel, visiting a famous landmark or dining with and among history. These historic restaurants give diners a peek into Wisconsin’s past while enjoying good Wisconsin eats.

Travel back in time to the 1930s and relive history at “The Famous Little Bohemia Lodge”. Little Bohemia gained its fame after becoming the site of a shootout between the FBI and the John Dillinger gang. The lodge remains the same since the time of the raid and still has original bullet holes from the shootout. It was also the filming location for the Universal Studios film “Public Enemies”, which stars Johnny Depp as John Dillinger. Visitors have the opportunity to relive this famous bit of American history while enjoying a delicious Little Bohemia meal.

Never miss any of our delectable restaurant articles!

The Wonder Bar Steakhouse was started by Eddie Touhy, brother of Roger “The Terrible” Touhy who ran the North Side Chicago Mafia during the Prohibition era. Eddie opened the restaurant in Madison, brewing beer and serving illegal liquor to visitors who passed by. The Wonder Bar became a place of refuge for mafia members looking to get out of Chicago for a while and stay under the radar. When the Wonder Bar transferred ownership in the 1970s, it became a place where the UW Athletic Department, doctors, lawyers and politicians fraternized. Today, Wonder Bar Steakhouse offers diners great steaks and seafood with a side of history.

Wilmot Stage Stop, originally the Wilmot Hotel, first opened its doors in 1848. The Wilmot was a popular destination where travelers could stop for a rest and some food. The hotel had a front row seat to history as news of the California Gold Rush, the Great Chicago Fire and the inventions of the typewriter and electric lights passed through its doors. It was a place of major celebration when Wisconsin entered the Union as the 30th state in May of 1848. The Wilmot is the oldest generational operating restaurant in Wisconsin, and it is still owned and operated by the same family, spanning seven generations. Take a bite out of the past at this historic restaurant as you enjoy their delicious food and extensive back story.

If history keeps you seeking more adventures, be sure to stop at some of Wisconsin’s most interesting historical sites along the way! For more restaurants, have a look at our directory.

This entry was posted in RestaurantsFall Drives