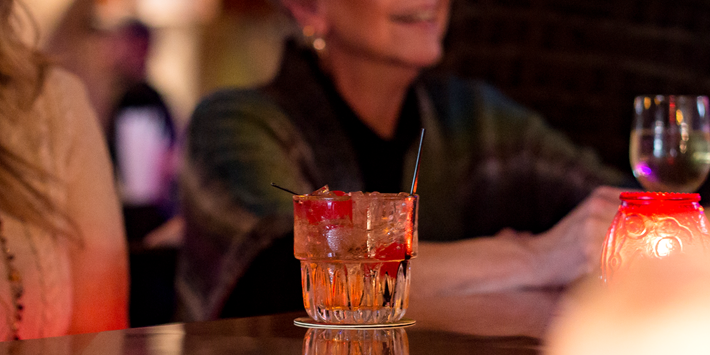 Some Wisconsin supper club operators are “lone rangers” who quietly do business under the radar, sometimes not advertising, or overshadowed by restaurants in larger cities nearby. That makes the discovery of small-town or rural and remote places all the more fun, and each is big in personality. For example:

Five years after two Black Otter employees decided to marry, the couple bought the supper club that began business before they were born. The new owners were not yet 30 years old when they took over in 2003. Visit for a petite cut of tenderloin, or arrive ravenous to tackle a ten-pound slab of prime rib. Eat all of that “extreme cut,” and the reward is a T-shirt, gift certificate and Wall of Fame induction.

What began as a blacksmith’s shop in the late 1800’s is now a favorite spot for Friday fish fry, all-you-can-eat steak and good company in central Wisconsin. Classic supper fare reigns supreme – that means prime rib and seafood, starting with a hand-muddled old fashioned and ending with a towering ice cream drink. The building’s original neon sign still reads “Buck-aneer”, an early owner’s reference to deer hunting that took place in the area.

“Generous portions at reasonable prices” is the motto at this rural supper club, located on the quiet (east) side of Lake Winnebago and owned since 1988 by the same family, who takes pride in from-scratch cooking. Meals begin with cinnamon-spiced apple fritters. Boaters, don’t fret about how to get there: Dock at Columbia Park in Pipe and call. The 2.5-mile ride from dock to lodge is free, May 1 to Nov. 1.

Count the six-ounce, French-fried turkey breast – dipped into a sweetened batter before browning– as an unusual specialty at Dreamland, six miles east of Superior. The supper club’s history is lively: bands on the balcony, a speakeasy during Prohibition (and perhaps a brothel, too). What began as more of a stop for drinks in the 1920s is a year-round destination for four-course dinners now.

Prepare to be tempted by the daily specials: cheese-blanketed lasagna, sauerbraten with gingersnap gravy, thin-sliced corned beef and cabbage. Add slow-roasted lamb shank or pork loin, salmon with an orange marmalade glaze, family-style servings of fish and chicken on Friday. Then save room for Chocolate Angel Pie. Donny and his girl are the second-generation owner’s parents, and their supper club is five miles from Watertown.

Just east of Appleton is a burg whose dining made the map decades ago and still earns raves. Van Abel’s opened in 1848 as a saloon and rest stop for cattle-driving farmers en route to Green Bay. Now a fourth generation welcomes tables for two and wedding receptions for 500. On the menu: long-ago recipes for green beans and bean salad, chicken booyah and roasted chicken with dressing. Start with an Old Fashioned or Bloody Mary; each comes in a 16-ounce canning jar.

For even more supper club offerings, check out these six supper clubs along Wisconsin's Great River Road or browse our directory.

This entry was posted in Supper ClubsFood