This site uses cookies to provide you with the best onsite experience. Read our privacy policy to learn more.
Accept
Home > Things to Do > Steelhead Fishing Primer 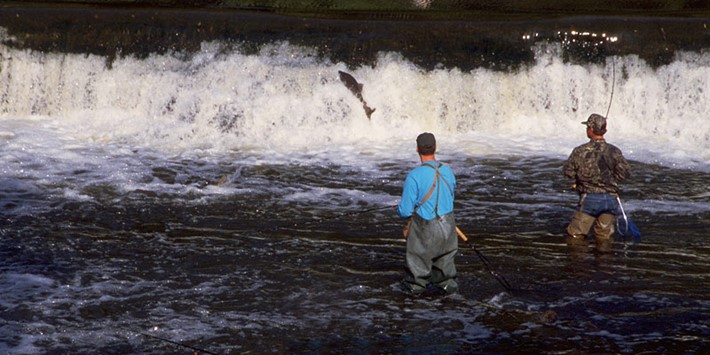 Fishing for steelhead can be one of the most exciting of Wisconsin’s many angling opportunities -- and some the best time for steelhead fishing is coming soon to Lake Michigan tributary streams.

Steelhead, also known as rainbow trout, spend most of their life far out in Lake Michigan but come within range of the fly or spinning rod for short time each spring when they swim up the lake tributaries to spawn.

“How many chances do we have to catch a 10- to 15- pound trout in a small stream?” asks Randy Schumacher, Department of Natural Resources fisheries supervisor for southeastern Wisconsin and an avid fan of fishing “the run.”

Wisconsin stocks three different strains of steelhead and they each run at different times of the year. Two strains, the Ganaraska and Chambers Creek River, have later winter/early spring runs that typically occur between late February and mid-April. This year, the run might be later with the colder Wisconsin winter, Schumacher says. “As soon as we get the first warm up, they’ll be there.”

Anglers who like a challenge will love steelhead fishing. “It’s a mix of hunting and fishing all tied together,” he says.

The fish are very wary so getting them to bite is a challenge. They spend their lives in huge waters, and their run up small tributaries has them uncomfortable and easily spooked.

“You have to be very quiet and careful and stalk them,” he says. “They usually only bite if they are fairly sure no predator is going to pounce on them. So it’s quite an accomplishment to get one to bite.”

Reeling the fish in is also a fight. On his last steelhead trip last spring, Schumacher had four fish break 10 pound lines before he caught a fifth fish. “If you hook a big one, a15- to 18-pounder, you gotta be ready to run,” he says.

“To me, it’s amazing that we have the opportunity to catch a 15-pound trout in the shadow of a downtown Milwaukee skyscraper or Miller Park, home of the Milwaukee Brewers,” Schumacher says.

Although there is no substitute for experience and getting to know each stream you fish, these pointers should get any novice steelhead angler going at the sport:

When to go: Although spring rains bring steelhead into our streams, they are hard to catch until water levels recede and clarity increases to the point where you can see the fish, they can see your bait, and they have enough water depth to feel comfortable in a “small” tributary stream. When water levels are “just right,” make sure you're out fishing. Start early, best fishing is at just daybreak.

What to bring: You're going to need waders and a landing net of at least two feet in diameter. A fishing vest with lots of pockets is great to have. Use a magnet-style, landing net holder that keeps your net on your back and out of the way while you’re fishing but within easy reach when you need it.

What to use when you can’t see the fish: A long spinning rod spooled with at least a 10-pound test is best for fishing runs and pools where the fish congregate. Try drifting a spawn-sac or small tube jig suspended by a bobber so that your bait floats just off the stream bottom. Add sinkers sufficient to get your bait just rolling along the stream bottom. Your goal should be to drift your bait right into the face of that unseen steelhead lying along the bottom. Set the hook at the slightest unusual movement of your bobber. Many anglers tip their jig with a wax worm or two.

What to use when you can see the fish: A long and stiff fly rod with at least a 2X (10-pound) leader works best. Watch for fish in early mornings and evenings as they build their “redds” or gravel spawning nests at the head of riffles. Keep your profile low, use polarizing sunglasses and wear dark clothes. Steelhead can see color and are easily spooked. Quietly and slowly get into position below and off to the side of the fish you see. Tease the fish with a fly or spawn sac by repeatedly tossing your fly upstream and letting the fly drift as close to the fish as possible. Commonly-used flies are the egg-sucking leach as well as any brightly-colored spawn sac imitation. Use sinkers on your leader if necessary to get the fly at the exact level occupied by the trout. Local bait shops will easily help you select the “hot” flies to use. Be courteous and don’t intrude into another angler’s territory or spook any fish he or she may hunting.

Keep your expectations realistic. Like all fish, sometimes steelhead bite and sometimes they don’t. Sometimes their strike is quite reserved; other times they literally jerk the rod out of your hand. Don’t get discouraged. Even the best steelhead anglers are constantly trying new methods to meet the conditions they face. Watch successful anglers and imitate their methods. Should you finally hook one, be prepared for a downstream run across an uneven and rocky stream bottom.

Reprinted with permission from the DNR News. 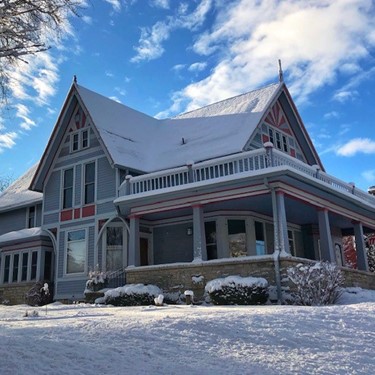 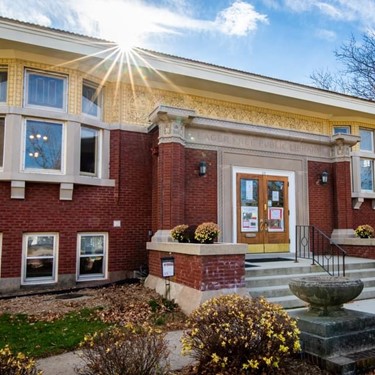 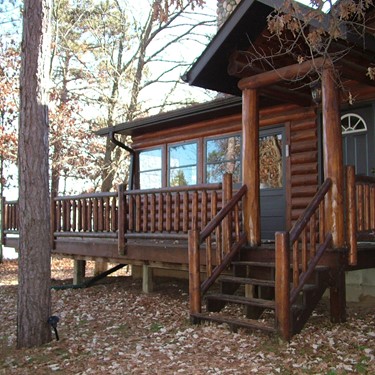