This site uses cookies to provide you with the best onsite experience. Read our privacy policy to learn more.
Accept
Home > Things to Do > Entertainment and Attractions > Tours > Beyond the Water Parks: What Made Wisconsin Dells Famous

Beyond the Water Parks: What Made Wisconsin Dells Famous 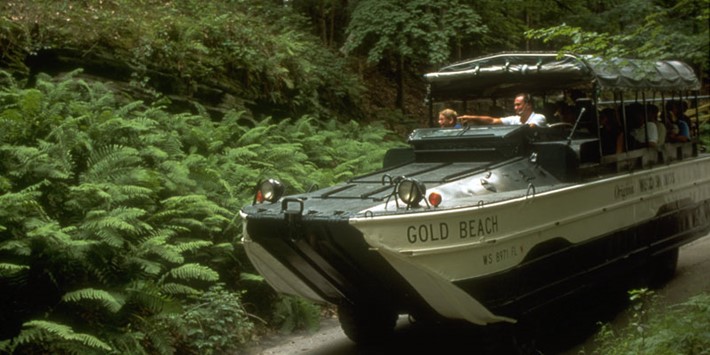 By Carla Minsky
Special to TravelWisconsin.com

So you say you’re a Wisconsin Dells regular, a loyal fan who faithfully travels to the world’s water park capital every year to take in the waterslides, looping tube rides, lazy rivers and wave pools. Here’s a question for you: When was the last time you ventured beyond the water parks? “Never,” you say, or “It’s been years.” Sounds like it’s time for a refresher course on what made the Dells famous in the first place - the natural beauty and the classic attractions.

Wisconsin Dells is as pure a tourism town as you can get, given its economy has been built around vacations starting 150 years ago. That’s when the first visitors came by train, mostly from Chicago and other parts south, to take row boat tours of the Wisconsin River, the waterway that literally bisects the community. Their fascination stemmed from seeing hauntingly beautiful images of the river and the unusual sandstone bluffs that tower above it taken by pioneering landscape photographer H.H. Bennett back in the mid 1800s. Bennett placed his photos in train stations between the Dells and Chicago and is credited with making Wisconsin Dells famous. Bennett’s studio remains intact on the main avenue in town, just as it did back then, and is now a state historic site and well worth a tour.

By the way, the name Wisconsin Dells has its origins in two languages. Wisconsin is derived from the Native American word meaning "dark rushing waters." The word "Dells" mimics the French word "dalles" and means "layers of flat rock," which would be the honey-hued sandstone bluffs that look like pancakes plopped one on top of the other.

What to Do in the Dells

Today, classic tours of the river include double-decker tour boats, a paddlewheeler and WWII amphibious vehicles known as Ducks. In fact, Wisconsin Dells has the largest fleet of Ducks in the country, with the first Duck tours taking off in 1946.

The Original Wisconsin Ducks will provide a running travelogue, describing bluffs that have taken on the shapes of everything from a hawk’s bill to a baby grand piano. Some river tours offer shore landings to see Stand Rock, the unofficial trademark of the Dells. It’s here that Bennett captured his famous photo of his son mid-air, leaping from one rock bluff to another, proof that he had indeed invented stop-action photography. At Witches Gulch you’ll squeeze through a passageway carved by prehistoric wind and water.

If you really want to get up close to the bluffs, head out in kayak accompanied by a guide from Vertical Illusions, an outfitter in the area that also offers rock climbing.

Staying with the water-other-than-water parks theme for a moment more, check out the Tommy Bartlett ski show going strong since the 1950s, the longest-running attraction of its type in the country.

The Tommy Bartlett Exploratory – Interactive Science Center is chock-a-block full of some 175 hands-on exhibits. Don’t leave without electrifying your body and making your hair stand on end in the process with their Van de Graaff static electricity generator.

You can take in a first-run double-feature at the Big Sky Twin Drive-In Theater – be prepared to explain to tweens what a drive-in theater is – and be sure to grab a burger at their kitschy concession stand.

Mini-golf also is huge in the Dells to the tune of around 400 holes, more than anywhere else in the state. And while the lanes may have some high-tech doodads built in these days, bowling remains a quintessential Wisconsin pastime and in the Dells you’ll find about 60 lanes.

Where to Eat in the Dells

You will have to pause to eat at some point. If you’re looking to boost your energy with something sweet, then stroll Broadway Avenue downtown to see fudge being made at any number of confectionaries, unless you’re trying to stick to your diet, that is.

Same goes for breakfast at Mr. Pancake (try the blintzes) or Paul Bunyan’s Northwoods Cook Shanty (the warm cake donuts made from scratch and smothered in sugar are available for take-out, just saying). Ask the locals and they’ll tell you the best burgers in town are at Monk’s Bar & Grill downtown, where the decorating theme is University of Wisconsin as homage to the original owner’s sons who played for the Badgers.

There are two supper clubs in the area designed by James Dresser, celebrated protégé of Frank Lloyd Wright. The Del-Bar showcases classic Prairie-style architecture while Field’s at the Wilderness offers a more modern interpretation.

Where to Shop in the Dells

If you’ve set aside spending money for a little shopping, consider plunking it down on a pair of Minnetonka moccasins at the Winnebago Gift Shop, one of the country’s busiest retailers of the footwear. While moccasins have been in style in the Dells for decades, seems they are a fashion statement on the runways of New York these days, too.

Finally, spend the night at a classic motel or cabin resort. Baker’s Sunset Bay Resort on Lake Delton is a favorite spot for family reunion groups to spread out. At Birchcliff Resort, play ping pong, hike down to the river, and end the day at the bonfire making s’mores. The courtyard and gardens at Dell Creek Motel are as charming as the rooms.

Remember, the water parks will always be there for you, too. Browse our statewide directory, and check out the gnarliest rides in the Dells! 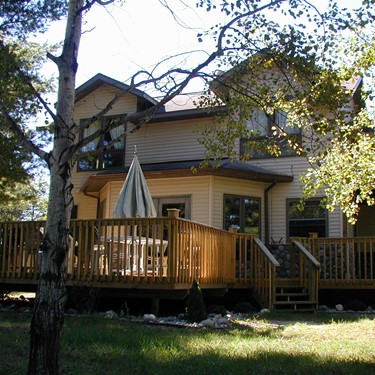 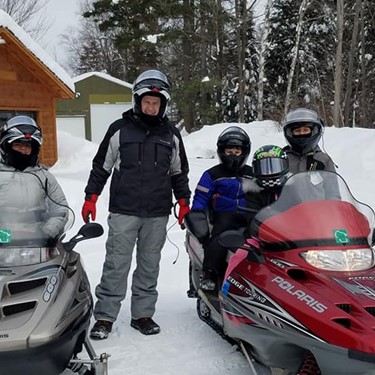 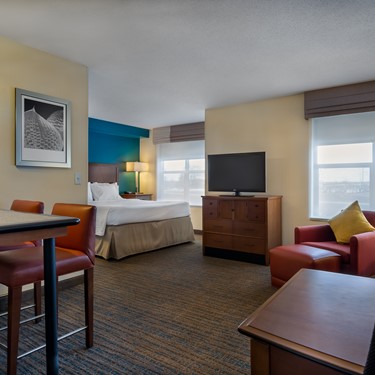 Safe Wisconsin Adventures
The Travel Pledge
Get Tours inspiration in your inbox.
I’m in!
X