This site uses cookies to provide you with the best onsite experience. Read our privacy policy to learn more.
Accept
Home > Things to Do > Entertainment and Attractions > Tours > Wisconsin Getaway: 48 Hours to Explore Eau Claire 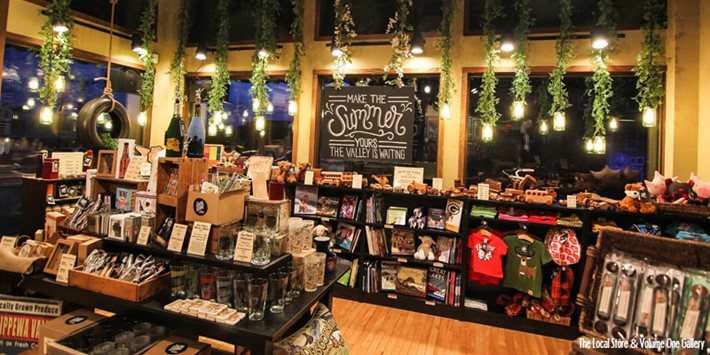 Everyone knows the story of Peter Pan, the boy who never grew up and whose life was one never-ending adventure. The city of Eau Claire in northwestern Wisconsin is a lot like that, with a part-Peter Pan, part-hipster vibe that says, forget about being a grown-up, play games, dance to the music and go on adventures.

3 p.m. – Sneak out of work early to get a jumpstart on the fun. A round of disc golf sounds just right for your Friday afternoon skip-out and the two 18-hole courses at Tower Ridge County Park are waiting for you. On the original course, Hole 7 uses one of the major ski slopes as a starting point and you shoot down through a tunnel of trees, while Hole 17 has the best tee pad and is considered the most scenic.

5 p.m. – If you like new, then you’re in luck when it comes to lodging. There’s The Lismore Hotel in the downtown farmers market neighborhood, where the top-floor suites afford great views courtesy of floor-to-ceiling windows and the layout gives you room to spread out.

The Oxbow Hotel, also downtown and opening soon, has a design aesthetic heavily influenced by the music and arts scene in Eau Claire and offers adventure rentals of bikes, kayaks and canoes to take advantage of nearby bike trails and the confluence of the Eau Claire and Chippewa rivers.

For those who want to both play and stay, the Metropolis Resort and Conference Center has an indoor water park and outdoor mini-golf.

7 p.m. – Locals will tell you that the best spots for a Friday night fish fry are The Livery, Court’n House Bar & Grill and Galloway Grille.

For cheesy goodness, try the wood-fired pizza at Foster Cheese Haus, just a short drive from the city center. Pick up some artisan cheddar cheese to stock the cooler while you’re there – they say it’s scientifically proven to be a “happy food” – and check the live music schedule. Music is also on the menu at The Plus, an artisan pizza pie restaurant that doubles as a club with open mic, live band karaoke, jams and comedy.

9 a.m. – A good cup o’ joe will be the first order of business to jumpstart what will be a busy day. The craft roasted coffee at Eau Claire Downtown Coffee is brewed just how it should be – strong and flavorful. Fill up on tasty breakfast entrées at The Nucleus, like the lemon and ricotta hotcakes, served on the weekend while they last.

There’s wholesome fare aplenty at the farmers market, which opens every Saturday at 7:30 a.m. Then it’s off to play.

10 a.m. – Pick up the Chippewa River State Trail in downtown Phoenix Park and bike as much of the 30-mile trail to Durand as you have the energy for. It connects to the Red Cedar State Trail which winds all the way to Menomonie, if you’re feeling especially ambitious.

Noon – You’ll be famished after completing the round trip, but you may not be ready to head indoors just yet. Enjoy lunch al fresco at Smiling Moose Rocky Mountain Deli.

1 p.m. – Take an art break with a tour of sculptures sprinkled throughout the city’s downtown area. Each May, a new set of sculptures from local and national artists arrives in Eau Claire for display. Vote for your favorite – ballot boxes hang on light poles and the “People’s Choice” winner is donated to the city for permanent display.

Then shop for art at Tangled Up in Hue, an art collective especially known for handcrafted jewelry. There’s also The Local Store & Volume One Gallery, where the music, art prints and apparel celebrate the Chippewa Valley. Check the schedule for artist drawing nights and book readings.

What goes well with art? Music, of course. Revival Records is a one-of-a-kind shop for vinyl spanning all genres.

5 p.m. – How does a cold brew sound right about now? Good, right? At Lazy Monk Brewing, a micro-brewery specializing in traditional Czech and German lagers, you can take a seat in the German bier hall or outside if you like. Brewing Projekt, a more intimate brew venue, has developed a fast following for its terrific variety, including IPAs, stouts and lagers.

Infinity Beverages has moved into larger digs with an expanded tasting room that is a chill spot for sampling wine and distilled spirits.

7 p.m. – You can get dressed up for at least one meal. The steaks at Johnny’s Italian Steakhouse are worth the extra effort. There’s also sophisticated farm-to-table cuisine at The Informalist, served out of an exhibition kitchen.

9 p.m. – Live local performances at House of Rock will keep that “I’m on vacation” vibe going strong ‘til closing time. This is Eau Claire’s longest running music venue where original music reverberates throughout the building.

9 a.m. – Make it an early brunch at Lynn’s Chatterbox Cafe, where the Chatter Platter and other “breakfast attractions” are served all day.

10 a.m. – Still lots of fun to be had. Kayak the Eau Claire River for its challenging stretches. Or, if water’s not your thing, pull on your hiking boots and head to the Lowes Creek County Park trail for a five-mile jaunt.

Finally, grab a few last Instagram-worthy photos at the Top of the World at Mount Simon – it’s an easy hike up to the top of the hill. Or, pose with the Hank Aaron statue outside Carson Park Stadium. The home-run-hitting legend started his career with the Eau Claire Bears.

Planning your visit during the Eaux Claires music festival? Here's where to eat, stay and play!