Come watch the country's wisest dogs and wiliest handlers compete for the coveted Midwest Sheepdog Championship at Badlands Sno-Park outside of Hudson, WI. Bring a lawn chair and loll on a sun-drenched hillside, watching dogs and handlers compete under time pressure to move sheep through a complicated course. Gather under a big, shady tent, rain or shine, enjoying pulled pork sandwiches from pork that was raised right on Kinney Farm.

Never been to a sheepdog competition? Don't worry, during the action announcers will explain what's going on, along with the subtleties of communication between dogs, handlers and sheep. Bring the entire family and friends and make a day of it, cheering for your favorite dogs and groaning as a recalcitrant sheep escapes at the pen at the last second.

In it's 36th year, the competition has entertained families and dog lovers, making it the second longest running "sheepdog trial" in the country. The action on the field culminates on Labor Day in the famous "Double Lift Competition," in which a dog has to run 500 yards to gather one group of sheep to her handler, then "look back" and find another group, up to 800 yards away. Once gathered together, the group has to be driven through a series of free-standing gates--and the sheep always have other ideas about where they'd like to go! Each run culminates in the always-dramatic "International Shed," in which the handler and dog have to work as a team to separate 5 collared sheep from the other 15. 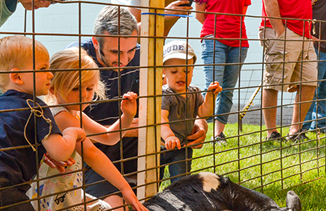 A Dairy State Delight: Wisconsin’s Breakfasts on the Farm 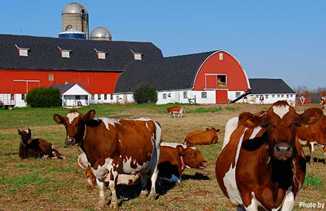 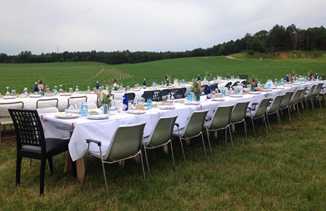 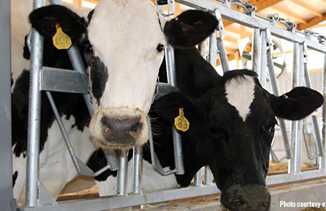 You're Invited to the 85th Annual Viola Horse and Colt Show