This site uses cookies to provide you with the best onsite experience. Read our privacy policy to learn more.
Accept
Home > Things to Do > Food and Drink > Cheese Factories > Wisconsin's Award-Winning Cheese: Where to Tour and Taste 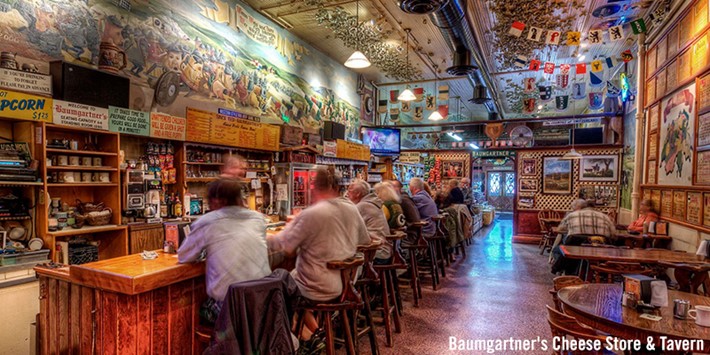 In Wisconsin, we are cheese. It’s in our DNA, our history and our personality.

Brick and Colby cheese were first created in Wisconsin. Limburger – the world’s single foulest-smelling cheese – is made only in Monroe.

Here are a few of our favorite Wisconsin cheeses and where you can get them!

Limburger’s memorable odor comes from a bacteria smeared on the cheese to make it age faster. Charlie Chaplin once used it as a movie prop to beat the Germans in a WWI film, there’s been a song written about the stinky stuff, and in the 1930s the U.S. Postal Service once tried banning mailing it.

Herbert Hoover was in the White House when Baumgartner’s Tavern in Monroe started serving limburger sandwiches. Four bucks will get you a generous, albeit smelly, slice on dark rye with brown mustard.

The slice of onion is optional. The free breath mint is not.

Uplands Cheese in Dodgeville, which makes only two cheeses, is the Green Bay Packers of cheesemaking. Winning the Best of Show Award three times, their Pleasant Ridge Reserve has won more honors than any other cheese in America.

Their Rush Creek Reserve is shaped in a spruce bark form which also gives the soft cheese a slightly woody flavor. Our cheese guru says the soft cheese is so good, you should use a spoon instead of a knife.

If you are a dairy cow, life at Marieke’s Gouda in Thorp must be amazing. Great cheese starts with great milk and the cows at Marieke’s live stall-free, are given rotating back scratchers, and have fans to stay cool in what is affectionately known as the “Cow Spa.”

Milk from these happy cows becomes cheese within five hours. Gouda is the house speciality, but Marieke's seasonal flavors such as cumin, black pepper, or honey clover make it worth the trip.

The Roelli family has been making cheese in Shullsburg for close to 100 years. Fourth-generation artisan Chris Roelli is one of Wisconsin’s Master Cheesemakers, and the family-run business specializes in original recipe cheeses like Dumbarton Blue, Red Rock and Little Mountain.

Interestingly, the family reduced the size of their original operation so the focus would always stay on the handcrafted, smaller batch cheeses.

Hats off as well to cheesemakers specializing in the use of goat and sheep milk as well.

Many of the state’s cheesemakers offer tours. The Wisconsin Milk Marketing Board has a travel map for true fans.

If you only have a few days, consider the Green County Cheese Days in mid-September. Three days of cheese-inspired fun culminates in a cow parade through downtown Monroe.

In Wisconsin, we are cheese. And we kind of like it that way.

Jerry Huffman has enjoyed limburger cheese sandwiches at Baumgartner’s four times in his writing career. His wife, Carol, says once was enough for her.

This entry was posted in Cheese FactoriesCulinary Experiences 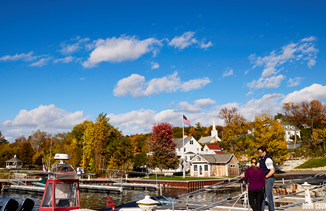 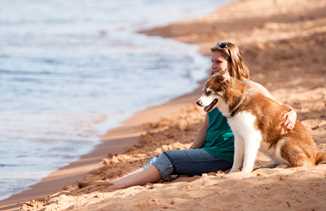 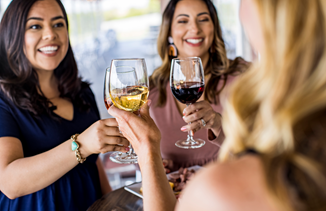