The new Union South opened on April 15, 2011. The Wisconsin Union is one organization comprised of two buildings—Memorial Union and Union South. Union South is nestled between the Computer Sciences and Statistics Building and Engineering Hall on the south side of campus. This building was designed in an organic prairie-style architecture, influenced by Frank Lloyd Wright. This new building carries on the Wisconsin Union tradition of serving as the heart and soul of this great campus. 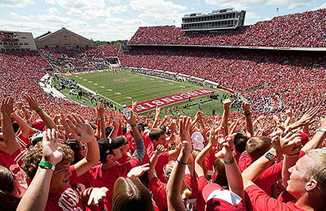