This site uses cookies to provide you with the best onsite experience. Read our privacy policy to learn more.
Accept
Home > Things to Do > Arts and Culture > Architecture > Columbus Downtown Historic District

The Columbus Downtown Historic District was placed on the National Register in 1992. The four block area contains a marvelous collection of turn-of-the-century buildings that exhibit the craftsmanship and attention to detail that was the standard of the time. City Hall, built in 1892, is an imposing building. Across the street is a unique, Prairie-style Carnegie Library. The jewel of Columbus is the Farmers & Merchants Union Bank, designed by Louis Sullivan. 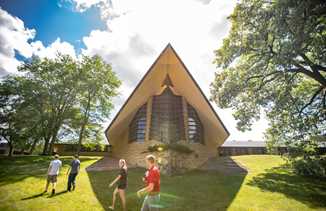