This site uses cookies to provide you with the best onsite experience. Read our privacy policy to learn more.
Accept
Home > Things to Do > Outdoors > Natural Attractions and Parks > 7 Awe-Inspiring Natural Wonders of Wisconsin 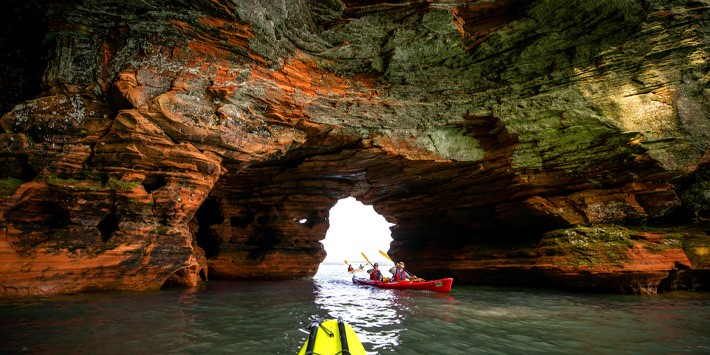 From stunning sea caves to towering waterfalls, Wisconsin is home to some of the most breathtaking natural wonders this side of the Mississippi. Created by Mother Nature and ripe for exploring, these scenic spots are the backdrop to lasting memories, including some of the best hiking, biking and kayaking you’ll find around the Midwest.

So, stop simply dreaming — trade in your work shoes for hiking boots or a kayak gliding effortlessly across a freshwater lake. Load up your crew and get going on a refreshing escape to these unexpected wonders.

Calling to the explorer in all of us, the Apostle Islands National Lakeshore is an archipelago of 21 islands dotting the waters of Lake Superior. Boasting some of the most pristine remaining sandscapes in the Great Lakes region, the Apostle Islands have been named by National Geographic Explorer magazine as a top place to visit.

While beautiful from the shore, when the weather is warm you must see the islands by boat or, even better, set foot on an island and camp at one of the 60-some rustic sites. Take a grand tour on Apostle Island Cruises and you’ll see one of the best historic collections of lighthouses anywhere in the country. This area is shrouded in the lore of vicious nor’easters and shipwrecks, making it a popular spot for scuba divers too.

Often the setting for wedding couples to figuratively take the plunge, the 165-foot tall Big Manitou Falls in Pattison State Park is the fourth-tallest waterfall east of the Rocky Mountains. Impressive stats for sure.

The best vantage point to see Big Manitou is from the south, where two overlooks provide head-on views of the waterfall. You can get much closer to Little Manitou Falls, a nearby 31-foot drop.

There are more than eight miles of hiking trails to explore and a mix of campsites in the park.

3. Cave of the Mounds

Let’s start with credentials. Cave of the Mounds is designated a “National Natural Landmark,” yet it may be easier to remember it as the “jewel box” of America’s major caves, named as such for the delicacy of its formations.

The main cave began forming more than a million years ago, and every drop of water entering the cave leaves calcite crystals on the ceiling, walls and floor. It can take upwards of 150 years to deposit one cubic inch of these crystal formations.

The cave was accidentally discovered in 1939 when workers removing limestone from a quarry blasted into rock, revealing this stupendous underground cavern with rooms, galleries, nooks and crannies.

Choose a hot summer day to visit – the cave has the same temperature every day of the year, a cool 50 degrees. General Manager Joe Klimczak has noted they’re still discovering more passageways: “The cave is still unveiling itself to us, and we’re just a blip on the geologic timeline.”

Devil’s Lake State Park, not far from Wisconsin Dells, is the most visited state park in Wisconsin. Each year hundreds of thousands of visitors enjoy the 360-acre spring-fed lake, the 500-foot bluffs teetering over it and the 30 miles of trails that comprise the trifecta of this natural wonder.

Scientists believe the bluffs were formed 1.6 billion years ago, making them one of the most ancient rock outcrops in North America. The ranges are resplendent for their plum-colored quartzite, a strong, dependable rock for experienced rock climbers. Make a point to hike the east bluff to see Balance Rock and Devil’s Doorway, two one-of-a-kind formations created by Mother Nature.

If one Wisconsin lake is wonderful, then how would you describe 28 lakes, all interconnected? Deep in the Northwoods of Wisconsin, the Eagle River Chain of Lakes is the largest inland chain of lakes in the world. The depth of these lakes varies widely from one to the next, providing sufficient space for whatever floats your boat, be it water-skiing, wakeboarding, pontoon cruising, canoeing, kayaking or fishing.

Here’s a little secret on the Chain of Lakes: While the lakes themselves are 100 percent natural, it was the work of humans that connected all of them. Dams were built to hold up the Wisconsin and Eagle Rivers as a way to connect the lakes to serve the logging industry and generate electricity. Today, there are abundant boat landings along that shore for anglers hoping to catch bluegill, perch, northern and the goliath of freshwater fish, the musky.

The locals call it “The Ledge” – the limestone cliff that runs through High Cliff State Park, situated on the eastern shore of Lake Winnebago, Wisconsin’s largest lake.

Mind you, this is no ordinary limestone cliff. It’s the Niagara Escarpment, a 440-million year old cliff that begins in Wisconsin and extends 1,000 miles to Niagara Falls. In fact, without the Escarpment there would be no Niagara Falls.

As you drive into the lower part of High Cliff State Park, you’ll have a clear view of the entire cliff. There are nine miles of hiking trails in the upper park, along with another nine for horseback riding. There’s also more than a mile of shoreline along the lake with a sandy beach, marina and public launch.

No trip to High Cliff is complete without scaling the Lookout Tower in the upper park where you can see 30 miles to the north, west and south.

Horicon Marsh is the largest freshwater cattail marsh in the nation. It’s located in southeast Wisconsin and is best known as a migratory stop for vast flocks of Canada geese. But it’s more than just geese.

Essential for your visit to Horicon Marsh is a pair of binoculars to bring the wildlife closer to you without disturbing them. And be sure to get out on the marsh by boat, canoe or kayak!

Browse more wonders in our directory, or check out a few easy-access Wisconsin waterfalls!

This entry was posted in Natural Attractions and ParksOutdoors 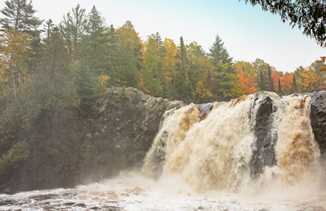 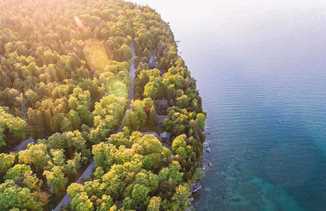 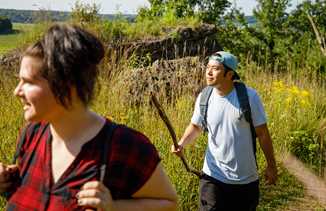 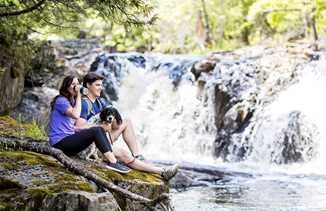 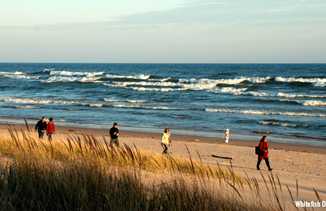 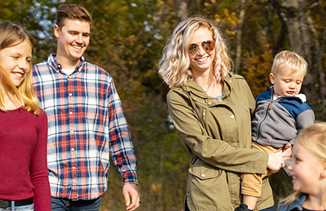