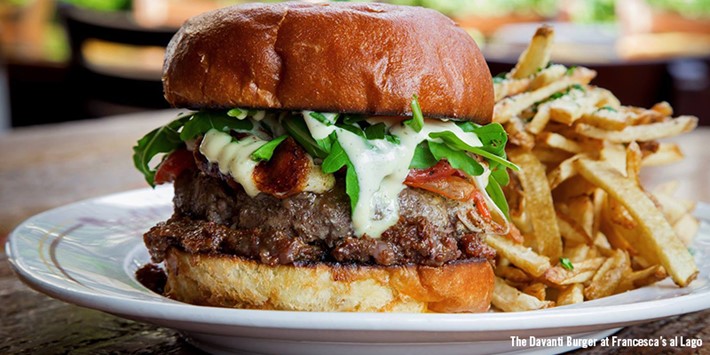 History can be made with action. In Wisconsin, we use a spatula.

In 1855 at the Outagamie County Fair, a local boy, Charlie Nagreen, had no idea he was about to make history. The Seymour teenager was selling a lot of meatball sandwiches, but folks complained they couldn’t keep them on the flat white bread.

Charlie looked at the meatball sizzling in the skillet, picked up a spatula and changed the world by flattening it into a patty. Suddenly, America had a new favorite sandwich and Seymour’s soon to be favorite son had just created, albeit arguably, the world’s first hamburger.

Today, a statue of Charlie watches over Seymour’s Nagel Park next to a replica of the grill that launched a thousand debates over Wisconsin’s top burger.

Picking the “best” burger is nigh on to impossible as passions run deep. So we did the next best thing – we used Facebook to poll travel writers, foodies and your next-door neighbors to get directions to Wisconsin’s Hamburger Highway.

To Chain or not to Chain?

In Sauk City, you can pull into the first-ever Culver’s, known for its savory Wisconsin butter burgers. These days, you can find them just about everywhere in Wisconsin and in roughly half of America's states. The booming chain of family-style restaurants, which prides itself on serving locally sourced products, cooks up nearly 20 million pounds of hamburgers each year. Good food, good value, and a good place to stop after too much time in the car.

Founded in 1950, Milwaukee-area folks are loyal to the three Kopp's Frozen Custard stands. Kopp’s burgers are substantial and one of our favorite people nailed it when she called them “hubcaps.” Custard, if you’re from out of town, is an uber-ice cream that’s considered its own food group in Wisconsin.

Mazos on Milwaukee’s south side has been a family owned business since 1934 when the burgers were only a nickel. These are true, old-school burgers the way your grandparents probably had them. Of the thirteen sandwiches on the menu, ten are variations on the classic hamburger. Style points are added for offering baked beans as an unique side option.

Insiders know: At Mazo’s, the hamburger is ground fresh daily.

How can you not love a two-for-one burger night? Thursday’s at the Court ’N House Bar & Grill in Eau Claire is a meat-eater's nirvana. “Juicy” is the word locals use most.

Elegance on a Bun

“Elegant” and “burger” are not two words you often find in one sentence. The Davanti Burger at Francesca’s al Lago in Madison is the exception. Imagine a charbroiled burger, white cheddar, roasted tomatoes, bacon jam (bacon jam!!!) and garlic aioli. It's one of our top contenders for heaven on a brioche bun.

Insiders know: The Davanti is only served at lunchtime.

Any true burger fan knows the right burger is worth the drive. The right burger in the perfect location is even better. A burger at The Historic Trempealeau Hotel, along the Mississippi River in Trempealeau, would make anyone’s bucket list.

The Trempealeau is historic because it survived an 1888 town fire and the burger equally memorable because it’s made from walnuts. Yep, walnuts.

Former owners Jim and Linda Jenkins, both vegetarians, started serving the “walnut burgers” in the 1980s, and they caught on big-time. More than 30 years later, the hotel also has walnut ball appetizers, and the “meat” also is used in the house lasagna.

“Hope you like it,” said the bartender. Color me skeptical. Cut me and I bleed ground round.

I poked it. I sniffed it. I put ketchup on it. Much to my surprise, I liked it. Sort of a grilled, nutty flavor, nicely seasoned, firm texture, perfect with swiss cheese and grilled onions.

Insiders know: Trempelau's original walnut burgers can be found in many conventional and natural food grocery stores in Wisconsin.

So where do you find Wisconsin’s best hamburger? I don’t have the foggiest idea. Wisconsinites are as passionate about their burgers as they are politics and the Packers. A good burger can save a bad day and make a good day great.

But true travelers already know this. The best hamburger, if you’re lucky, will be the next one.

Jerry Huffman is a Wisconsin native and has attacked hamburgers on three continents. His personal favorite is the Boom Boom Burger at The Oaks Golf Course in Cottage Grove. Next on his burger bucket list? To attend Seymour’s annual Burger Fest and pay homage to Charlie and his spatula.

Can't get enough of Wisconsin's burgers? Check out seven more Wisconsin spots for a classic burger.

This entry was posted in RestaurantsLocal Foods 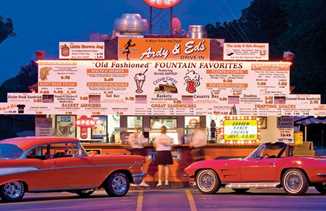