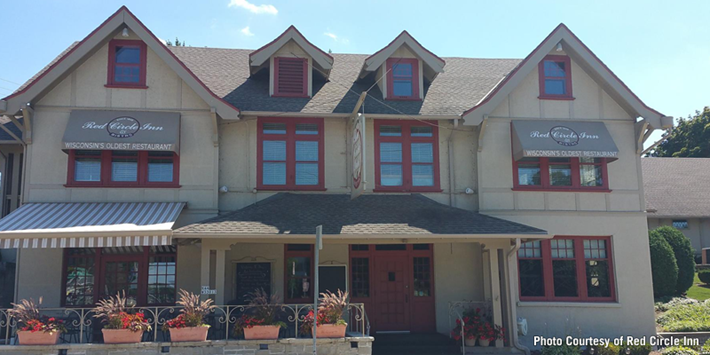 A long life means more stories to tell. Lots of delicious little stories. Maybe a few whoppers or secrets, too.

Some of the most-loved Wisconsin supper clubs thrive over multiple generations. Each part of this quartet began business at least 50 years ago, so helpings of significant or quirky history (in addition to thick slabs of prime rib and mounds of fried fish) are within earshot. Bring your curiosity along with your appetite. Stay in the know about more of Wisconsin's best supper clubs by subscribing to our newsletter.

What did a bunch of postmasters do during their 1962 banquet, when the rural restaurant began burning out of control? They snatched their plates before bolting out the door and finished eating outside. Uh-huh. The reputation for good food is longstanding.

The former town tavern and barbershop in Fond du Lac County was rebuilt, expanded and remodeled after Bob and Hazel Blanck took over in 1952. Broasted chicken, steaks and fish remain at the core of the menu, but now grandchildren Mike and Vicki run the show.

The late Bob Fath’s boyhood dream was to own a Northwoods Wisconsin resort, and that wish came true in 1972, when he and wife Monica bought Big Woods Resort in Vilas County. By 1996, they also owned this beautifully rustic supper club, a sturdy log lodge built in 1918 and just a five-minute drive from their resort.

Both businesses are on Big St. Germain Lake, known for its plentiful musky, walleye, panfish and pike fishing. Tell your own fish stories or listen to others’ from a seat at the cozy bar, then order a one-pound porterhouse, charbroiled, from Chef Darrell Nell.

You need a darn good reason to veer away from the pretty beaches of Door County. Here it is. The modest and unpretentious Greenwood opened in 1929 as the Slipper Inn, a tavern and gas station. Simple enough? Not necessarily: Customers included gangster John Dillinger.

This is where the locals go, especially to celebrate birthdays and anniversaries, but they didn’t just come to eat long ago. Silent movies were shown, lovers danced cheek-to-cheek and parents got a night off from the kids. The knotty-pine setting for fond memories is what longtime proprietors Walter and Eva Ohnesorge made possible; since 1980, it’s in the hands of daughter Susie Kwaterski. Order walleye or whitefish for the Friday fry.

“Wisconsin’s oldest restaurant” is what you’ll see printed on dinner plates, and beer baron Frederick Pabst was among the early fans. He bought the 1848 stagecoach stop in 1889 and named it Red Circle Inn as a nod to his brewery’s logo. Doesn’t matter that Pabst only owned the business 22 years; the name endures, as does a fancy wooden bar he brought from Austria.

Norm and Martha Echstaedt, owners since 1993, consider themselves caretakers of precious history. Surrounding customers are enlarged photos from bygone eras. On the menu: a mix of traditional and gourmet dinnertime fare. That includes roast duckling, beef Wellington and rack of lamb.

Looking for a supper club near you? Try our statewide directory!

This entry was posted in Supper ClubsRestaurants