This site uses cookies to provide you with the best onsite experience. Read our privacy policy to learn more.
Accept
Home > Things to Do > Bayfield Apple Fest Goes Red…and Green 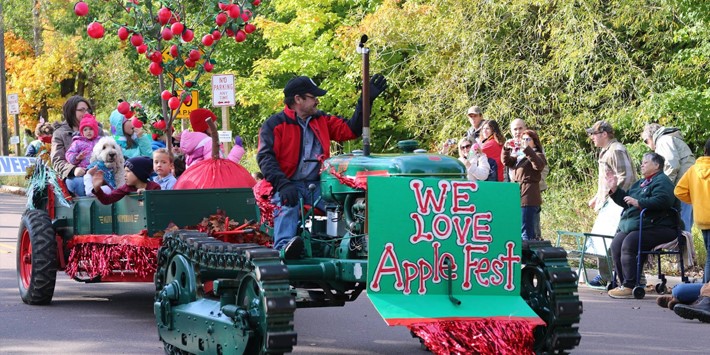 Come to Bayfield’s Apple Festival and you’ll be treated to plenty of fall colors: brilliant orange leaves on sugar maples, glints of sun flaring in the waters of Lake Superior, fire-engine-red apples in baskets - all displayed in the most passionately “green” community in Wisconsin.

Supporting local agriculture, conserving water, and doing what’s right for the earth were priorities in this small town long before such values commanded premium prices at the grocery store. Today, Bayfield boasts twice as many businesses certified by the state’s Travel Green program as environmentally aware Madison. And Bayfield never seems greener than during the first weekend in October, when folks here gather to celebrate the labors - and fruits - of local apple growers.

About 50,000 Midwesterners pour into Bayfield for Apple Fest. They come for the tart Haralsons, sweet Cortlands, and even sweeter Honeycrisps. They come for all the ways an apple can be coated with caramel and chocolate, incorporated into a sundae, used to flavor doughnuts and bratwurst, and baked into pies and pastries. Booths from more than 40 orchards and food vendors line the streets during the annual festival, their confections creating a cloud of apple-y aroma that hangs over Bayfield in a sweet and welcome smog.

A favorite apple concoction isn’t baked, though; it’s brewed. Apple Fest Ale, created by South Shore Brewery in nearby Ashland and sold in Bayfield bars and restaurants this weekend, has a subtle apple echo, which is much preferred to the cloying, overly carbonated apple beers that show up on taps in fall. That’s because other breweries buy apple juice and dump it into their beers, explains South Shore brewmaster Bo Bélanger. “We go to Erickson’s Orchard in Bayfield to get their first run of fresh apple cider in early September. Every keg ends up with about a gallon of apple cider in it. It’s a pretty simple beer. We let the apples do the talking.”

A strong commitment to buying from local farmers helped the Ewalts earn their Travel Green certification. “Most milk takes about a week to get to consumers, and a lot of greenhouse gases are emitted in getting that milk through the supply chain,” says Jon. “Our milk is always fresh from the dairy today or yesterday, and it travels only 10 miles to get here.”

Farther up Rittenhouse Avenue, Jerry Phillips smiles from the veranda of his Old Rittenhouse Inn. Thirty years ago, Phillips and his wife Mary opened their inn, the first bed-and-breakfast in Wisconsin. Jerry saw the B&B wave swell into a major tourism phenomenon in the 1970s and ’80s. Now he thinks green tourism is the next trend. “Twenty years ago, a ‘luxe’ inn had fireplaces and whirlpools,” says Phillips, who earned Travel Green certification in 2007. “Now people are asking, ‘Do you recycle? Are you reducing your carbon footprint? How are you sustainable?’”

The green wave has reached even the hills above Bayfield, where a microclimate exists for growing perfect apples—cold springs stop apple trees from budding too early, and temperate falls extend the growing season so apples can grow big and juicy. Pick up Cty. Hwy. J at the north end of town. The second orchard you’ll come to is the Bayfield Apple Company, another Travel Green-certified Bayfield business. “When we make jams, we reuse water from the steam kettles to water our apple trees,” explains owner Einar Olsen. “And we use pectin from our own apples to make jams and jellies, instead of commercial pectin. Not just because it’s environmentally better, but because it tastes better, too.”

At the other end of Cty. J, down Valley Road, lies North Wind Organic Farm – a place that farmer Tom Galazen bills as “beyond organic.” Its plethora of solar panels quickly tells you that this place is off the grid. Galazen uses no artificial chemicals to grow apples, raspberries, strawberries, blueberries, and other fruits and vegetables. He even picks up leftover food from the Big Water Cafe to use as compost on his farm. The compost will be spread over his blueberry patch. And when the berries ripen, they’ll be picked and delivered – to the Big Water Cafe.

Farmers supporting restaurants; restaurants supporting farmers. Knowing where your food comes from and who grows it. This simple and sustainable web of food production creates a community of good friends and neighbors. So visit Bayfield at Apple Fest time for the food and the fun and the very fine people in this very green community. 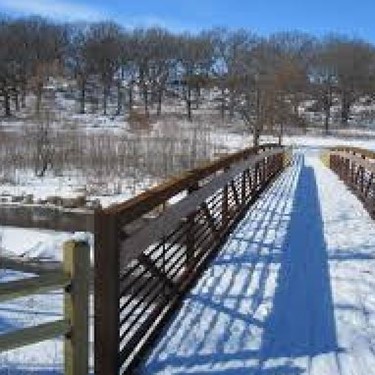 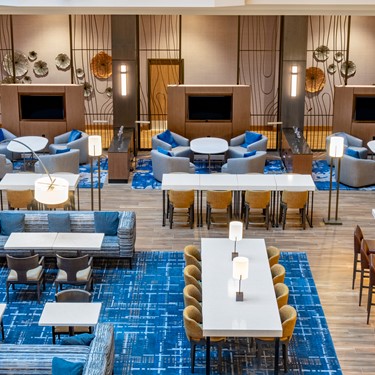